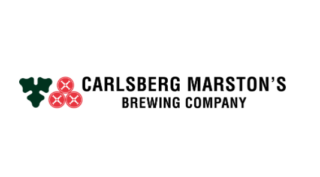 Carlsberg Marston’s Brewing Company is one of the newest, yet historic brewers in the UK. Formed out of a joint venture between Carlsberg UK and Marston’s PLC, who are both shareholders, the brewer combines over 300 years of shared values, history and heritage in UK brewing.

The brewer provides its customers and consumers with an unrivalled portfolio of lagers, ales and craft beer brands from the very best of two master brewing teams, plus those under license from valued partners. These include lagers such as Carlsberg Danish Pilsner, Carlsberg Expørt and Poretti; premium cask and packaged ales, including Hobgoblin, Marston’s Pedigree, Tetley’s, Wainwright and 61 Deep; brands under license including San Miguel, Estrella Damm, Shipyard, ERDINGER, Warsteiner and Kirin; a broad selection of alcohol-free beers; plus distribution of the Brooklyn Brewery and London Fields Brewery craft portfolios.

Carlsberg Marston’s Brewing Company also owns and operates a brewery and distribution network across the UK, including the Carlsberg brewery in Northampton; London Fields in Hackney; Marston’s in Burton upon Trent; Banks’s in Wolverhampton; Wychwood in Witney, Oxfordshire; Jennings in Cockermouth, Cumbria; Ringwood in Hampshire; and Eagle in Bedford; plus a National Distribution Centre in Northampton and 11 UK-wide distribution depots.