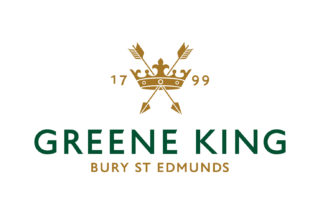 Greene King has been crafting quality British beers from
its historic breweries in Bury St Edmunds and Dunbar
for over 200 years.
The Westgate brewery in Bury St Edmunds has been
the home of Greene King since 1799 and its leading
cask ales are brewed here, including Greene King IPA,
Old Speckled Hen and Abbot Ale, as well as a broad
range of seasonal and speciality beers.
It is also the home of brewing innovation. Greene
King opened its St Edmunds Brewhouse in 2013 to
experiment with new brews throughout the year. With
a capacity of up to 30 barrels and up to eight brews a
week, it’s an entirely manual operation that relies on
the brewer’s individual craftsmanship.