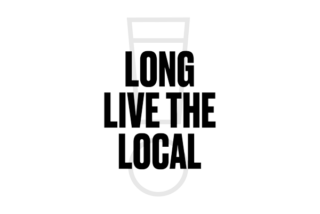 Long Live The Local is a campaign backed by Britain’s Beer Alliance.

Long Live The Local launched in July 2018 to celebrate the positive role that pubs play in our lives & communities and to highlight the jeopardy they face from a range of tax pressures (VAT, Business Rates & Beer Duty).

Year on year RPI linked increases to Beer Duty will punish both the pub and brewing industry, damaging an industry that has traditionally been one of the UK’s strongest.

However, with a rise planned in 2019 the Government has merely postponed the damaging tax hike. As such, the campaign continues and the industry is more united than ever against ongoing rises to Beer Duty, shown by the backing of the campaign by Britain’s Beer Alliance.

Britain’s Beer Alliance was formed in 2014 to enhance the overall reputation of beer and pubs, help support category growth and to encourage collaboration across the industry.

The Alliance consists of over 120 organisations, from individual pubs and microbreweries to the UK’s largest pub chains and international brewers.