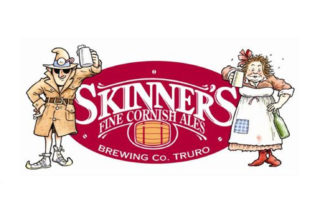 In 1997, armed only with his own surname, a chap
called Steve Skinner dreamed of setting up a
community brewery in Cornwall. On the banks of
the Truro River, he and his family brewed a groundbreaking
golden ale and named it after the tin-mining
faeries of local myth.
With Cornish Knocker, Steve set out his stall for
concocting trailblazing ales, following it with another
legendary brew, a brazen Cornish bitter called Betty
Stogs, which CAMRA named Britain’s best bitter.
Countless barrels and hundreds of awards later, our
brewery has grown but remains a family business
rooted in the area we live and work, whether that’s in
sourcing Cornish-grown barley, doing our bit for our
corner of the planet or enjoying a bit of surfing and
shanty-singing.