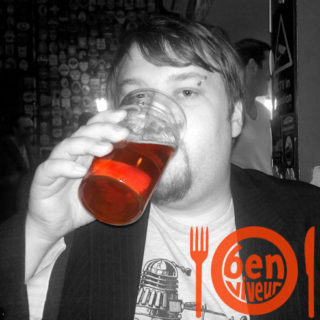 Attracting respect and notoriety in equal measure as controversial food and drink blogger Ben Viveur, Benjamin is a former BBC writer and producer who has written extensively about beer over the past 20 years.

He is a CAMRA Life member and – God, forbid – a ‘ticker’ since the mid-1990s. Interests, nay, passions include American Hopmonster IPAs and pairing beers with food and music. Every year he awards the BV London Pub of the Year trophy to the capitals top pub.

He sports a small beard.