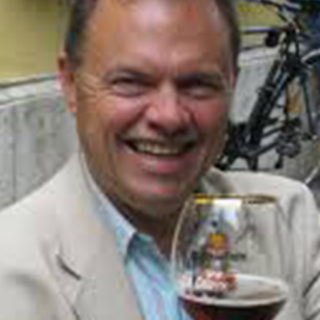 Author, broadcaster and professional beer writer for more than 25 years in Denmark. Author of ten books about the world’s favourite drink.

Author, broadcaster and professional beer writer for more than 25 years in Denmark. Author of nine books about the world’s favourite drink. Among them Ølrejsen (The Beer Travel, 2003, new version 2015) – a travel through Germany, The Czech Republic and Belgium searching for the finest breweries and pubs. 50 øl (50 beers you must try before dying, 2007) and Juleøl (Christmas Ale, 2004). Godt bryg, god mad was published in 2012 – a cookbook with over 40 recipes with beer. Carsten Berthelsen frequently arranges beer tasting for companies – more than 100 a year. Judging in international competitions (among them Brussels Beer Challenge and Nordic Beer Challenge). Awarded for his effort by The Danish Beer Enthusiasts (part of The European Beer Consumers Union (EBCU)) in 2007 and in 2013 appointed honorary member of the same association. In May 2015 granted the honorary distinction Chevalier de L’ordre de la Couronne by H.M. King Philip of Belgium. If you are searching for a guide through the very exciting and innovative new Danish Beer Scene, do not hesitate to write or call.

The constant flow of useful letters of information