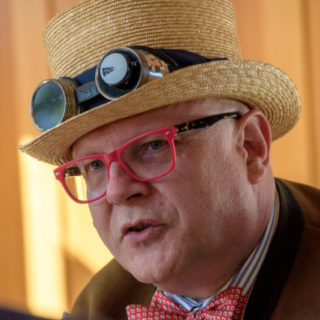 There is a lot to say about beer and brewing – and not necessarily in English. But some of my writing and most of my work for TV stations is in English anyway.

Conrad Seidl has more than 30 years of experience in professional beer writing in Europe and other parts of the world. He has written more than 20 books on beer in German (including Conrad Seidls Bierguide, the annual Good Beer Guide to Austria) and contributed to many international publications in English. Conrad has been a beer judge for more than 20 years – he has judged at the World Beer Cup, the Mondiale de la Biere and the Brewing Industry International Awards to name a few. He has written coumns for Der Standard, Falstaff and Getränkefachgroßhandel and he is the host in the TV-series “Beertastic!”

Pieces of work by Conrad: