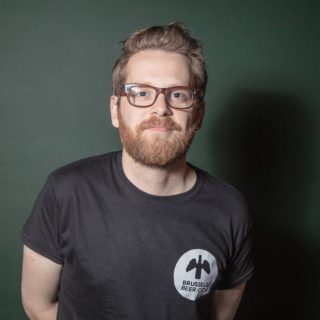 Award-winning beer writer, Eoghan Walsh founded the website Brussels Beer City in 2017. In 2018, he was awarded the Best Young Beer Writer by the British Guild of Beer Writers, and the European Beer Blogger of the Year in the BrewDog Beer Geek Awards. He has won silver and bronze medals for his beer writing by the North American Guild of Beer Writers.

He work has featured in Belgian Beer and Food Magazine, Original Gravity, and The Irish Times, and as well as writing, he organises beer-themed tours and tasting events in Brussels under the Brussels Beer City banner.

Originally from Ireland, he has lived in Brussels for 10 years.

Pieces of work by Eoghan: