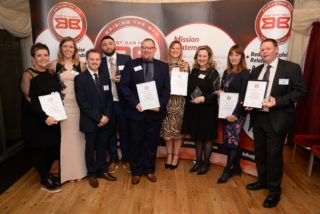 The National Best Bar None (BBN) Awards are open for entry, this time with a brand-new category, which will enable members of the Central Scheme to enter for the first time.

Supported by the Home Office, Best Bar None operates across 70 towns and cities throughout the UK and is designed to improve professional standards within licensed premises through partnerships between the licensed trade, police and local authorities.

The competition is open to all current schemes. All Best Bar None regional schemes are invited to submit entries into the following three categories:

In all cases, the judges will be looking for schemes to demonstrate that Best Bar None has had a positive impact in their area. The three National Awards will be judged according to the following criteria:

Best Overall Scheme: This Award will be presented to the Scheme that the judges feel has had the biggest positive impact on the local area.

Best New Scheme: This Award will be presented to a Scheme that has been running for less than 15 months and that the judges feel has embraced the ethos of BBN, engineering itself to become valued and sustainable.

Most Innovative Award: This Award will be presented to the Scheme that the judges feel has presented an idea or a process that has made a significant difference in its area or to BBN at a national level.

The new Central Scheme Award will also carry a prize fund of £500. In this case though, the award will be made by the Central Scheme assessors who will nominate either an individual or a team from a Central Scheme approved venue, for outstanding performance during the assessment.

Applications are invited from Monday 30th September and will close on Friday 15th November, when all entries will be evaluated for shortlisting, which takes place throughout December.  Shortlisted entries will be publicised in January 2020 and the winners will be announced at a prestigious ceremony held at the House of Lords on Monday 4th February 2020.

Plymouth Best Bar None scheme won the Overall Winner’s award for the last two years and this year, Scheme Chair & Coordinator for Plymouth, Cat Macdonald, will be joining the judging panel for Best Overall Scheme, which means that Plymouth will not be permitted to enter that particular award this year.

Cat says: “I am honoured to be invited to be a judge in the awards this year. We are very proud to have been voted best scheme in the country for the last two years, but we felt it was the right thing to do to step aside this year to allow another scheme to take the top spot.

“Winning has meant everything to us; the press coverage we got really helped to raise the profile of Best Bar None in Plymouth, we had a huge upsurge in interest from venues wanting to sign up afterwards, even from entertainment venues where alcohol is not the main focus, as these premises often experience similar issues to pubs and bars in the late-night economy.

“As a self-funded scheme, the prize money was also hugely beneficial. We used it to invest in safeguarding training for venues and we also bought a number detecting wands for late night bars and clubs to use to help reduce knife crime.”

Chairman of Best Bar None, Lord Smith of Hindhead, said: “The national awards seek to identify those who are leading the field in outstanding partnership performance as well as recognising and rewarding schemes for making a positive difference within their communities. I look forward to reading all about the good work carried out and new initiatives introduced by the regional schemes and members of the Central Scheme this year and to presenting the awards to the winners in February next year.”

Entry forms are being sent out now to all regional scheme administrators.