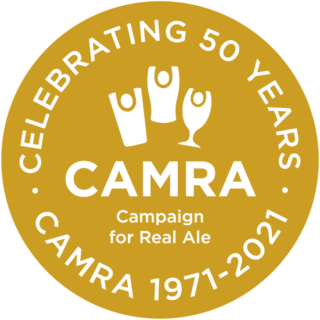 Thank Brew – the special edition beer and campaign created to support Thank You Day and the Big Jubilee Lunch over the Jubilee Bank Holiday weekend – will be celebrated at the Great British Beer Festival on Tuesday August 2nd.

The campaign raised in excess of £10,000 for charitable causes over the weekend, with all proceeds going to help building kinder and more connected communities through Together Coalition and Eden Project Communities and to support Ukrainian refugees find homes in communities across the UK through Reset Communities and Refugees.

Led by social enterprise beer company, The Good Beer Co, with Adnams and Big Drop acting as lead brewers, Thank Brew was supported by more than 20 breweries and pub groups –  including Budweiser Group UK&I, St Austell, Punch Pubs, Greene King and Lincoln Green – over 100 independent pubs and by leading trade and consumer bodies including the Campaign for Real Ale (CAMRA), the British Beer and Pub Association (BBPA), the British Institute of InnKeepers (BII), the Society of Independent Brewers (SIBA), the BFBI and UK Hospitality.

CAMRA’s National Chairman Nik Antona said: “We got behind the Thank Brew initiative as part of our Summer of Pub campaign to encourage pub-going over the summer months, helping the pubs trade get back on its feet after a difficult few years.

“It was fantastic to see so much support for this initiative and the industry really coming together to raise a glass to communities across the country and raise much-needed funds for charitable causes. We’re proud to have been part of Thank Brew’s success and its work to engage pubs and local people to support Thank You Day and The Big Jubilee Lunch.”

The 3.5% ABV Pale Ale recipe was devised by Adnams Production Director Fergus Fitzpatrick who also advised the campaign and acted as Thank Brew “Head Brewer.” And Big Drop oversaw the creation of a unique 0.5% ‘Jubilee IPA’ version, which was brewed and bottled exclusively by the alcohol-free specialist and served at Thank You Day and The Big Jubilee Lunch events across Britain.

The Great British Beer Festival will boast a brand new ‘Homebrew Competition’ this year, and CAMRA has invited homebrewers to try their hand at the Thank Brew recipe. A special category prize will be handed out to the winner of this category with the chance to join Fergus Fitzgerald on a Brew Day down at Adnam’s Brewery.

Fitzgerald, who is also responsible for creating the highly popular ‘Ghost Ship’ beer for Adnams, will be attending the festival trade day to announce the category winner in person.

More than 8.7m people attended a Thank You Day party on Sunday 5th July and over 14 million attended a Big Jubilee Lunch event over the Jubilee weekend. Thank Brew was served at pubs and licensed premises and at events in local communities across Britain, as well as taking pride of place at the flagship Thank You Day event at Wembley Stadium.

As well as raising funds for good causes, the campaign generated over 150,000 social media mentions for #thankbrew #thankyouday #thebigjubileelunch, with creative content crafted for The Good Beer Co by London based agency Hey Big Man. And support also included a media launch with Line of Duty star Anna Maxwell Martin and other media events that generated over 40 positive trade, local, regional, national and consumer media stories.

Brendan Cox, Founder of Together Coalition and Thank You Day said: “Thank Brew was a very important part of the success of Thank You Day. It was a real boost to have the support of The Good Beer Co, Adnams, Big Drop, CAMRA and the whole British beer industry.”

Peter Stewart, Executive Director of Eden Project Communities, said: “We were proud to have a special beer to help us mark The Big Jubilee Lunch and it was brilliant to be able to raise a glass to all the people across the UK who make our local communities great. The support we’ve seen from all the organisations behind it really made a difference.”

Kate Brown, CEO, Reset Communities and Refugees said: “We’re so grateful for the support of Thank Brew and it was lovely to see the British beer industry get behind our important work to support the welcome of Ukrainian refugees by communities across the UK.”

Fergus Fitzgerald said: “Adnams are proud to have been lead brewery partners for Thank Brew and to serve it in our managed pubs. I’d like to thank everyone who brewed and served this special beer and helped celebrate and thank the people doing good in our local communities over the big Jubilee weekend.”

James Kindred, Co-Founder of Big Drop said: “Big Drop was delighted to be the alcohol-free partner for Thank Brew and to help raise important funds, and profile, for Thank You Day, The Big Jubilee Lunch, Together Coalition, Eden Project Communities and Reset Communities and Refugees and their important work.”

James Grugeon, Founder of The Good Beer Co said he was talking to Thank You Day organisers Together Coalition and The Big Lunch organisers Eden Project Communities about a 2023 Thank Brew, building on the success of the inaugural campaign.

“Thanks to the support of Fergus Fitzgerald, Christian Barden, Adnams, Big Drop and the team at CAMRA, to name just a few, we managed to create, produce and launch a beer brand in just three months, competing with a host of Jubilee inspired limited edition beers from breweries across Britain and working with an industry still emerging from COVID and struggling with staff shortages and rising costs” he said.

“We’re grateful to everyone in the industry who took part, and looking forward to starting the work to build a bigger and better campaign to raise even more funds for good causes and to help Britain celebrate everything good in our local communities, in 2023 and beyond!” he added.

About The Big Jubilee Lunch

Eden Project Communities, the team behind The Big Lunch, invited communities across the UK to come together as part of official celebrations for HM The Queen’s Platinum Jubilee to host a Big Lunch – in their streets, gardens and neighbourhoods – to have fun and get to know one another a little better, during the extended bank holiday weekend of June 2nd to 5th.

A once-in-a-lifetime event, this unique Big Lunch was the biggest ever – with >14 million of people across the UK attending events.

About Thank You Day

Thank You Day took place on Sunday the 5th of June, to coincide with the Platinum Jubilee celebrations. It’s backed by everyone from the FA to the NHS, Facebook, ITV and the Sun and is about building a day when neighbours reconnect, to say thank you to HM The Queen and to each other. Over 8.7m people attended events across Britain on the day.

About Reset Communities and Refugees

Reset Communities and Refugees, a UK registered charity, leads community sponsorship in the UK, connecting refugees with over 300 community groups since 2018. Reset is supporting Ukrainian refugees arriving in the UK to live with families in communities across Britain, through the UK Government’s Homes for Ukraine scheme.

About The Good Beer Co

The Good Beer Co is a purpose-led beer company that works with breweries and the beer industry in the UK and Australia, to create beers and campaigns that raise funds and support for good causes. The Good Beer Co worked with the /together Coalition and the Royal Voluntary Service to coordinate industry support for Cheers for Volunteers on National Thank You Day 2021; and worked on the Great Get Together Pale Ale collaboration brew for the Jo Cox Foundation, as part of their nationwide programme of Great Get Together events.

About Fergus Fitzgerald and Adnams

Fergus Fitzgerald is acting as an Advisor to The Good Beer Co, and Chief Brewer for Thank Brew collaboration beer. In his day job, he is Production Director and former Head Brewer at Adnams. A former senior brewer at Fullers, Fergus also worked with The Good Beer Co to create and brew the Great Get Together Pale Ale for the Jo Cox Foundation – a collaboration of 16 breweries from across the UK to raise funds and support for the Great Get Together.

Big Drop was launched in 2016 as the world’s first brewer dedicated to alcohol-free beer and is recognised as the market leader in the rapidly growing AF craft beer sector. It has won over 80 international beer awards, including seven times World’s Best at the World Beer Awards.

By contract brewing in batches through a network of brewing partners worldwide, it can produce fresh beer – locally and ethically – with a minimal carbon footprint. It can now be found in over 10,000 venues – including throughout Europe, Australia, Canada and the US. In the UK, Big Drop also has listings with Sainsbury’s, Tesco, Waitrose, Morrisons and Ocado.

For more information, please contact James Grugeon, Founder of The Good Beer Co., at james@thegoodbeerco.co.uk or the CAMRA press team on press@camra.org.uk