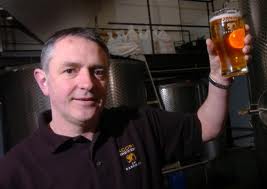 specials for 2012. Following their success last year, the Barnsley brewer will continue with its second showcase of American hops to include some rarely seen by British brewers.

It is the sixth year that award winning Acorn has produced the single hopped IPA series since beginning the brews in 2007. All are brewed at 5%abv using the same ingredients except the hop variety. Last year the milestone 50th brew was released, using the rare Oregon grown Sorachi Ace in May.

Other hops will be revealed later in the year .Each brew is supported with an attractive ‘stars and stripes’ pump clip for excellent bar presence. Previous years have seen the specials themed on hops from the UK, USA, Europe and New Zealand. With 57 IPAs released so far, Acorn now claims the world record for brewing single variety hopped ales in this revived 19th century premium ale style.

Acorn managing director and head brewer Dave Hughes said: ““We were very pleased to source another US hop selection with the help of supplier Charles Faram. They are all different from the previous US hop brews with some still rarely seen in British craft brewing. The US provides a fantastic range of hops that are well suited to the IPA style.

“Originally we only intended to brew just one single hopped IPA range, but have continued each year because of their great success. Each IPA brew generates extra sales for us as publicans have grown to trust the quality of the brews and their customers ask for them month-on-month.”

Nine-year-old Acorn doubled capacity with an investment in a 100-barrel-plant in 2007 and has continued to invest and expand in recent years while winning business with a national pub chains and in the free trade throughout Yorkshire and the North West.  Acorn beers are distributed nationally through leading wholesalers and via UK pub chains while the SIBA Direct Delivery Scheme (DDS) is also used to reach national pub company outlets.