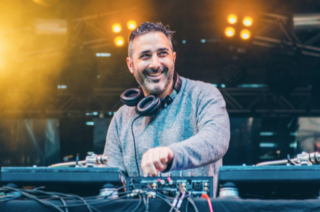 We Are Beer, the team behind the Bristol, London and Edinburgh craft beer festivals, have announced the music line-up for Beer Central Festival, which takes place across Friday 5th and Saturday 6th July. Bringing the best in beer, food and music to 119 in Digbeth, the festival will celebrate both local and international breweries, attracting beer aficionados, street food lovers and music fans from across the country.

Kaiser Chiefs, the Brit Award-winning indie rock band will play a DJ set ft Peanut and Simon, and DJ Yoda, the hip-hop turntablist, will be joined by one of London’s most legendary events – Hip Hop Karaoke. Renowned throughout the city and also many UK festivals, Hip Hop Karaoke invites revellers to indulge in singing some of their favourite hip hop tracks in front of a live audience. Ultimate Power also joins the line-up; dedicated to music’s ‘ultimate’ compositions, they run sell-out club nights in five cities across the UK where customers can enjoy hit after hit of the world’s greatest ballads.

Festival goers all-in ticket means all of their beer is covered during the event – that’s right, all their beer – and attendees will get the chance to explore, taste and indulge in the festival’s huge 100+ world-class selection of beer. The drinks line-up will feature beer from local legends such as Neon Raptor, Glass House and Dig Brew Co and other top UK breweries including Siren, Deya, Wild Beer and Thornbridge will also be in attendance. The festival will also showcase International breweries including Dugges, Lervig and Stone & Wood. There will be an extensive food offering from a selection of Birmingham’s top restaurants and chefs, including street food giants Original Patty Men and Baked in Brick.

Greg Wells, co-founder of We Are Beer, said: “We’re pumped to bring Kaiser Chiefs and DJ Yoda to the heart of the Midlands this year – along with the legends that are Ultimate Power and Hip-Hop Karaoke, we couldn’t have asked for a better line up. It only makes sense to be featuring such high calibre performers at Beer Central, as we’ll be showcasing some of the most respected names in the world of beer in Digbeth, Birmingham.”

We Are Beer begin crowdfunding for their next project on Crowd Cube in the next couple of weeks – to find out more, sign up here :

Jo Green or Sheridan Smith at The Relationship

Beer Central will be held on 5th and 6th July 2019, tickets are available via https://beercentralfestival.com/