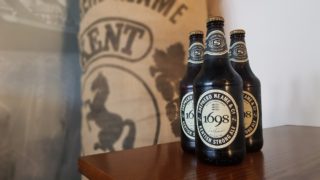 Britain’s oldest brewer picked up seven medals at the 2019 International Beer Challenge (IBC), a global competition that this year attracted entries from more than 40 countries.

Among the judges was IBC Chairman and author Jeff Evans, widely recognised as one of the foremost authorities on bottled beer.  He said: “The IBC has long championed the idea that a beer should win prizes simply on how good it is. This is the principal we again rolled into play at this year’s judging.”

Stewart Tricker, Shepherd Neame Senior Brewer and Quality Manager, said: “We are delighted to have been recognised with a selection of medals at these prestigious awards, which clearly show that our beers are amongst the finest in the world. Our team is passionate about beer, and it is fantastic to have our work recognised in this way.”