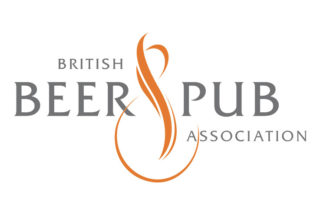 Beer has been confirmed as Britain’s favorite alcoholic drink, according to new research and data published by the British Beer & Pub Association in its new 2019 Statistical Handbook – a ‘must read’ for anyone with an interest in the UK drinks sector.

Using data provided by HMRC, the BBPA conducted analysis which found that in 2018, 8.5 billion pints (48,559,000 hectolitres) of beer were sold in the UK – more than any other alcoholic drink.[1]

The BBPA says that although beer is the best-selling and most popular alcoholic drink, it is overtaxed in the UK.

At present, Brits pay a staggering 11 times more beer duty than drinkers in Germany or Spain – paying 54 pence in beer duty on a 5% ABV pint of beer.[4] This is despite beer being vital to the UK’s manufacturing sector, with 82% of the beer brewed in the UK being drunk in the UK.[5]

Combined, pubs and brewing create almost 900,000 jobs in the UK. For pubs alone, 7 in every 10 alcoholic drinks sold are beer, making beer tax a particular burden.[6]The BBPA is therefore continuing to back the Long Live the Local campaign, led by Britain’s Beer Alliance. The campaign is calling on the Chancellor to cut beer tax at the next budget to support community locals who sell a higher proportion of beer, making them particularly sensitive to beer tax hikes. Alongside this, the BBPA is also campaigning to reduce high business rates that also disproportionately affect pubs.

“It is clear from these numbers that beer is the most popular alcoholic drink, but it is without doubt overtaxed. In fact, we pay 11 times more beer tax than Germany or Spain. Because the public finances assume an RPI increase every year, we also face another tax hike on top of that in the next Budget.

“Should tax on a pint continue to rise then drinking in the pub will no longer be affordable for many British beer drinkers, meaning pubs will continue to close. This is why we are backing the Long Live the Local campaign, calling on the Chancellor to cut beer tax and support local pubs.”

About the British Beer & Pub Association:

The British Beer & Pub Association (BBPA) is the leading body representing Britain’s brewers and pub companies. The Association is more than a century old and was originally founded as the Brewers’ Society in 1904. Our members account for some 90 per cent of beer brewed in Britain today, and own around 20,000 of the nation’s pubs.

About the BBPA Statistical Handbook:

The BBPA Statistical Handbook is a widely used and respected guide to detailed trends in the UK beer and pub markets. It includes both regional data within the UK and international data on beer and alcohol consumption. There are also sections on beer taxation and the structure of the pub and beer industry in the UK. The handbook is available in printed and/or digital download format and can be purchased via http://www.beerandpub.com/shop.