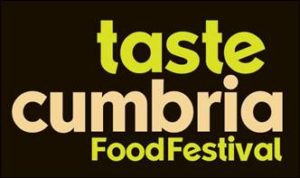 All the breweries in Cumbria are coming together at Taste Cumbria Beer Festival at the end of September.

This awesome collection of 29 breweries and micro-breweries will be presenting an impressive 75 beers, 7 ciders and 3 perries over the weekend of 29 and 30 September in Cockermouth.

The region is well known and well regarded for its brewing heritage and, at the latest count, boasts more breweries than London. The organizers of Taste Cumbria Food Festival, of which the Beer Festival is part of, admit the Festival couldn’t go ahead without including the region’s impressive brewing heritage.

Mary Houston, Food Tourism Co-ordinator at Taste Cumbria, said: “We are surrounded by award winning beers and breweries with amazing stories to tell.  The line-up at the festival, which comprises exclusively of Cumbrian beer, ciders and parries, is a diverse and varied line-up, from light golden and hoppy pale ales to malty bitters, robust stouts and porters.  It’s a wonderful opportunity for all visitors to the Festival to discover some exciting beer flavours, learn a little more about how the beers are brewed and, as one might do with fine wine, learn how to match beer with good food.  I’m really proud to be able to offer visitors to this year’s festival the chance to see and sample each and every brewery we have in Cumbria.”

Breweries attending include the most remote brewery in UK mainland (Dent) and a brewery which runs on renewable energy (Stringers).  And, proving that beer isn’t beer bellies and beards, a number of the breweries at the festival boast women as head brewers.
The Taste Cumbria Beer Festival is held in association with CAMRA and Jennings and will be held at the Jennings Brewery in Cockermouth.
The festival will be staffed by Cumbrian CAMRA volunteers who will be on hand to offer expert advice and recommendations as well as information about the brewing process and Cumbria’s rich brewing history.  There will be food available, plus live music.  This activity is not suitable for families with young children.
Entry to the Beer Festival is £3 which includes a programme of all beers with tasting notes and a branded glass to keep.
Full list of beers below.
Ends
·  Taste Cumbria is part financed by a £528,994 grant from Defra’s Rural Development Programme for England (RDPE).
·  Cumbria Tourism is the lead organisation for tourism in the county and is at the heart of the Cumbria Visitor Economy. It is also the largest membership organisation in Cumbria with more than 3000 members. Over 40 million annual visitors to Cumbria contribute more than £2 billion to the local economy and support around 56,500 jobs. To find out more about the work of Cumbria Tourism, visit www.cumbriatourism.org
·        Britain’s Energy Coast in partnership with Nuclear Management Partners is supporting the Taste Cumbria Festival through the Destination Management Programme; a package of projects and initiatives designed to raise the profile of the visitor offer along Cumbria’s west coast delivered by West Cumbria Tourism. For more information about the work of Britain’s Energy Coast visit www.britainsenergycoast.co.uk.