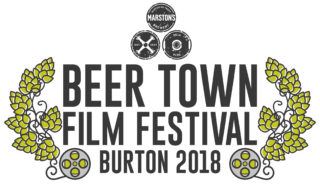 With just six weeks to the closing date for entries on 31st March, Marston’s Brewery’s Beer Town Film Festival has already attracted over 500 entries from around the UK but would welcome entries from brewers, pub goers or employees looking for their big break.

Jo Wyke from Marston’s Brewery commented: “We are thrilled with the number of entries that we have attracted to date and it would be great to get some pub-themed short stories or documentaries. How about a promo film or music video shot in a pub?

“These days with smart phone technology anyone can make short films – we’re not looking for Hollywood-budget epics or high tech visual effects, we want to see creativity in ideas, attention-grabbing storytelling or fascinating documentaries. There must be some budding stars out in pubs and bars who are looking for their big break!”

Beer Town Film Festival is for film makers 16 years of age and over to enter one or more of four different film categories (and the home-grown category if they are eligible) from now until 31st March 2018 via the Beer Town website https://beertownfilmfestival.co.uk/.

Judging will take place during April and May 2018 and the Beer Town Film Festival will culminate in a major outdoor cinema, beer and food festival event to be held at Marston’s Brewery in Burton Upon Trent on Saturday 26th May 2018.

Audiences will be able to see clips of the finalists’ films and hear the winners being announced before enjoying a feature film in the surroundings of the famous Victorian brewery.