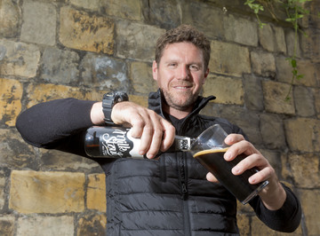 Black Sheep Brewery has again been recognised for its award-winning Milk Stout by the Society of Independent Brewers (SIBA) landmark competition.

The Masham-based brewery was awarded Gold at SIBA’s first ever National Digital Beer Awards, in the Best Dark Beer up to 4.4% category.

Due to the coronavirus restrictions the awards were moved online with judging taking place via video call.

Each judging ‘table’ was captained by a trained beer sommelier and they followed internationally recognised guidelines around beer style, colour, aroma and flavour.

Black Sheep’s Milk Stout is brewed with lactose and a robust malt blend that offers drinkers a creamy stout with notes of chocolate, vanilla and coffee, with a sweet taste against a light bitterness.

Previously, it was only available in cask but in March 2018, production was scaled up to include a 500ml bottled format as Black Sheep secured a national listing with Tesco.

Milk Stout has quickly become a highly decorated star in the Black Sheep portfolio following its success in 2019 when it was named overall UK champion in the Dark Beer category at the International Brewing Awards. It was also named the 2019 UK Winner at the World Beer Awards in the Stout & Porter category.

Rob Theakston, Managing Director of Black Sheep Brewery, said: “This is a major event for all independent breweries in the UK and features many top brewers, so we are very proud of this latest prestigious award success.

“Milk Stout is fast becoming an iconic, multi-award-winning brand and we are thrilled with its recent achievements. This is a testament to our creative brewing team for their consistent hard work and dedication in creating award-winning Yorkshire beers that have become internationally renowned.”