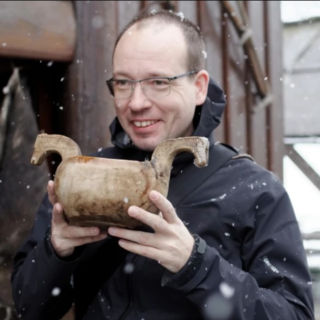 In just under three weeks time the largest gathering of amateur brewers in the UK will once more descend upon East London for the fourth instalment of BrewCon London. This one is going to be… special. Originally scheduled for November 2020, postponed until March 2021 and then postponed once more, it seemed that we might have not been able to hold another BrewCon London until next year.

It was imperative that to hold the event we would need a larger, more socially distanced venue. We required a site where we could space out the BREWtalk Theatre, the various BREWexpo exhibitors, and obviously the bars and food trucks. Luckily for us the London brewing community is one of the most vibrant, and supportive, in the world. A few months before the proposed BrewCon weekend we got in touch with Wild Card Brewery and the newly relocated Hackney Brewery. They agreed to co-host this years event in what will be by far the best, most suited BrewCon venue we’ve had to date.

As well as a new venue we decided to implement a new schedule of BrewCon London sessions this November.

With three sessions spread across the weekend the attendees will be able to enjoy a slightly less crowded event. This will allow everyone time to access the exhibitors they want to see, attend a couple of talks, enjoy a tutored tasting and sample the wares from not one quality taproom but two. The separation of Saturday into two sessions will also give attendees the option to enjoy the thriving Blackhorse Road Beer Mile, with breweries such as Signature Brew, Exale Brewing, Pillars and Beerblefish Brewhouse all just minutes away. Attendees will also be able to attend the much anticipated BrewCon Club Night, on Saturday evening from 20:30 – 22:30 (only a handful of tickets left).

We’re very happy to announce that the BREWtalk schedule is now complete, with exceptional news that Lars Marius Garshol will be flying from Norway especially for BrewCon London ’21. Author of Historical Brewing Techniques, Lars is possibly best known as one of the world’s leading experts on Kviek – a hot topic indeed (and I’m not just talking about fermentation temps). Each session will feature BREWtalks from leading industry experts, with a welcome return from Brewcon regulars Andy Paterson (Lallemands) and Will Longmate (BarthHaas X) as well as new attendees Robbie Harrigan (Yakima Chief) and Philip Nutt, of WHClab fermentation. As always the event will also feature talks from some of the UK’s most talented brewers including BrewCon favourite Andy Parker, of Elusive Brewing, Dan Wye of Pastore Brewing & Blending and, very excitingly, Claudia Asch of arguably the UK’s finest brewery, Burning Sky, with a talk dedicated to packaging mixed fermentation beers.

The BREWexpo will see the return of long time supporters Malt Miller and Grainfather. The latter in particular will be bringing some very exciting new products to showcase at BrewCon. Muntons, Lallemands and Yakima Chief will all be present with stands, and a series of interactive workshops and sensory training sessions running throughout the weekend. Completing this years line up are Hopcat and new addition Lauter Bottleshop + Brewspace, a brand new retailer dedicated to the freshest craft beer alongside all-grain recipe kits and brewing paraphenalia, who are launching their new Webshop at BrewCon London ’21.

Concluding the line up for this year’s event will be a series of Tutored Tastings, with three tastings held per session. The tastings will be held by our new Beer Education Ambassador, the award-winning writer and beer expert Jonny Garrett, The Rambling Beer Man himself, Jo Jones plus Lawrence Hives (Verdant Brewing Co), Claudia Asch (Burning Sky) and last but most definitely not least Andy Parker (Elusive) & Fraser Withers (Middle Child Brewing). Fraser recently launched Middle Child having won Champion Brewer of Brew Con for the last two Brew Con World Series!

We hope you can all make it to the event and we absolutely can’t wait to try your first commercial beer, Fraser!

BrewCon London ‘21 is offering BGBW Members a 20% discount for the Sunday Trade Session with code: kapow