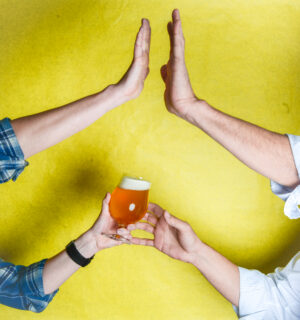 The Brewers Association, the not-for-profit trade association for small and independent American craft brewers, will be participating in the Manchester Craft Beer Festival (23-24 July) and London Craft Beer Festival (13-15 August) both for the first time this year with an exciting line-up of high-quality, innovative American craft beers showcasing a diverse range of beer styles, flavours, ingredients and brewing techniques.

Through their Export Development Programme, the Brewers Association will represent 27 American craft breweries including regular favourites and a number of breweries new to the UK market.   They comprise:

Collectively, they will offer 80+ super-fresh American craft beers for sampling most of which are unavailable in the UK.  Beers range in style and strength from crisp Helles lager and fruity refreshing gose at under 5% ABV to Belgian style blond ales aged in chardonnay barrels and a quadruple oatmeal Russian imperial stout at 15.7% ABV.  Many of the beers available are award-winning or classic examples of their styles and will be air-freighted across from the States to reach beer lovers as fresh as the brewer intended

Lotte Peplow, Brewers Association American Craft Beer Ambassador for Europe, comments: “After the ravages of Covid-19 it’s great to see American craft breweries bouncing back and showing renewed interest in the UK market, which is, of course, an important market for American craft beer and accounts for 10.1% of all exports, behind Canada with 23.1%.  The Brewers Association is delighted to be participating in the inaugural Manchester Craft Beer Festival and London Craft Beer Festival both for the first time and can’t wait to showcase an exciting range of world-class, distinctive and incredible tasting beers to the UK beer lover.”

Daniel Sylvester, of We Are Beer, organiser of both festivals adds: “The ethos of We Are Beer stems from the celebration and exploration of the world of craft beer and what a way to celebrate the return of London Craft Beer Festival and the inaugural Manchester Craft Beer Festival than with the ability for beer lovers to try beers from 27 exciting US breweries. We know this will be the highlight for many people, our team included!”

Talks and tastings will be taking place throughout both Festivals.  Details to be confirmed.

Masterclass tastings of American craft beer will also take place at BrewLDN on Friday 30th at 8.45pm and Saturday 31st July at 4.30pm.

The Brewers Association Export Development Programme is funded by a grant from the United States Department of Agriculture and assists American craft brewers with educating international audience audiences about the U.S. craft beer industry, informing member craft breweries about opportunities in key international target markets, complementing the industry’s own efforts to increase distribution and increasing efforts to improve issues of poor shipping and handling of craft beer.

Free downloadable resources to help you enjoy and understand American craft beer are available  at www.brewersassociation.org or www.craftbeer.com

American craft beer is available throughout the UK in bottle shops, independent retailers, supermarkets, bars, pubs and restaurants and on line beer retailers.