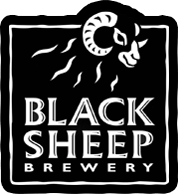 Black Sheep Brewery has relaunched its winter warmer beers, including the quirky but tasty Chocolate & Orange stout, as well as the popular Imperial Russian.

Forget about sherry, there’s no better winter warmer than a pint of ruby Christmas ale.

Made with Cascade and Goldings hops, as well as orange peel and Muscovado sugar, Blitzen is the perfect way to celebrate the festive season with aromatic notes of raisins, biscuit and dark fruit.

You can order Blitzen to enjoy at home in bottle, or alternatively it will be available on cask in pubs across the country during from mid-November.

Brewed with lactose and a robust malt blend, Milk Stout offers a satisfying sweetness that cuts against a light bitterness, pairing perfectly with any sweet and smoky barbecued foods.

Chocolate and orange is a must-have combination during the festive season, and this beer is a perfect blend of the two iconic flavours.

This rich and deep stout features big chocolate notes from the blend of dark chocolate malt, and a velvet-like body from the flaked oats used in the mash. Dried orange peel adds a subtle citrus note to this flavour packed ale and makes it the perfect choice this winter.

Powerful, dark and full of flavour – Riggwelter’s name is taken from a local Yorkshire Dales farming term. A sheep is said to be rigged or “rigwelted” when it has rolled onto its back and is unable to get back up without assistance – the perfect name for this strong, dark Yorkshire ale.

Like the name, its flavour is wonderfully complex. Notes of chocolate, liquorice and coffee blend with the roasted malt leaving a long-lasting dry finish. A wolf in sheep’s clothing.

Iconic in the Black Sheep range, Imperial Russian Stout has an initial aroma of fresh pineapple and banana, almost port-wine, which is then followed by caramel and a hint of freshly baked bread.

It has a long warming finish, thanks to its peppery hops which fade into liquorice and chocolate raisins, which makes it the perfect match for rich red meats such as venison, or strong cheeses such as Stilton or Blue Wensleydale (perfect for that festive cheeseboard this winter!)

For more information on any of Black Sheep’s beers, visit www.blacksheepbrewery.com/our-beers/

As well as its Visitor Centre bar and bistro in Masham, the brewery also owns and operates a growing number of pubs and bars across the region, including The Three Legged Mare and the Last Drop Inn, both in York, and Leeds venues Mr Foley’s Tap House and the Black Sheep Tap & Kitchen.

Black Sheep frequently wins prestigious awards for its beers, including, in 2021;

For further information contact the Black Sheep press office team on 0113 4304 160 or blacksheep@prohibitionpr.co.uk