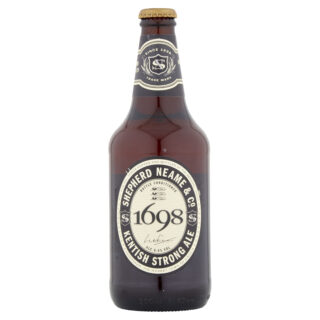 Shepherd Neame’s 1698 has been named the Best Pale Bitter over 5.5% ABV in the World Beer Awards.

It boasts a robust hop character as it is thrice-hopped using Kentish Admiral and Goldings hops. The natural effervescence produced by bottle-conditioning – the interaction of yeast and brewing sugars – gives 1698 fine, Champagne-like bubbles that further enhance the aroma and flavour.

Mike Unsworth, Shepherd Neame Head Brewer, said: “These awards are a testament to our team’s passion and knowledge, and our commitment to quality. We are delighted to receive such fantastic accolades, showing once again that our beers really are world class.”

Shepherd Neame’s award-winning beers are available from its online shop and brewery shop in Faversham. For more information, visit:  www.shepherdneame.co.uk.