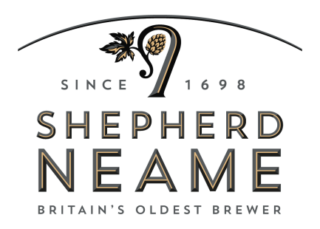 Britain’s oldest brewer Shepherd Neame will begin reopening its pub estate on July 4 and extensive preparations are underway, including new safety signage for every one of its 320 sites.

Shepherd Neame is proud to be sourcing this signage locally from its Charity of the Year, Royal British Legion Industries (RBLI). Based in Aylesford, Kent, the RBLI’s social enterprise company known as Britain’s Bravest Manufacturing Company creates employment opportunities for ex-Forces personnel, enabling them to build on useful skills learned in the Armed Forces while maintaining their independence in civilian life.

Shepherd Neame, based just 20 miles away in Faversham, asked the RBLI team to create a wide range of signage including directional arrows and floor stickers to encourage social distancing, and posters outlining its new pub rules. They were printed earlier this week and are currently being collated into packs which will be delivered directly to each pub.

Joanna Richardson, Shepherd Neame’s Head of Marketing, Brands and Communication said: “We are committed to supporting the community we serve, and try to use local suppliers wherever possible. When we looked for suppliers for our new pub signage, we were really impressed by the RBLI team’s professional service and the high quality of their products, and obviously we were thrilled to be able to offer further support to our Charity of the Year.”

Kate Bull, Managing Director of Britain’s Bravest Manufacturing Company said: “We are thrilled that Shepherd Neame chose us to deliver this important contract. As a socially-thriving commercial enterprise, we reinvest our surplus back into supporting the injured veterans and people with disabilities who help make up our team, so I am very proud to say that by choosing Britain’s Bravest Manufacturing Company, Shepherd Neame has made a real contribution to some of society’s most overlooked individuals.”

Shepherd Neame expects to reopen at least two thirds of its pubs by the end of July. For more information about its pub reopening plans visit www.shepherdneame.co.uk/guidelines