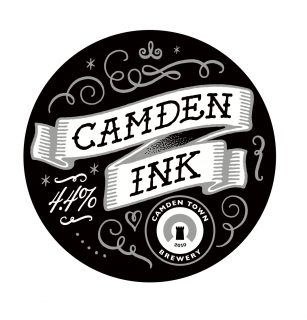 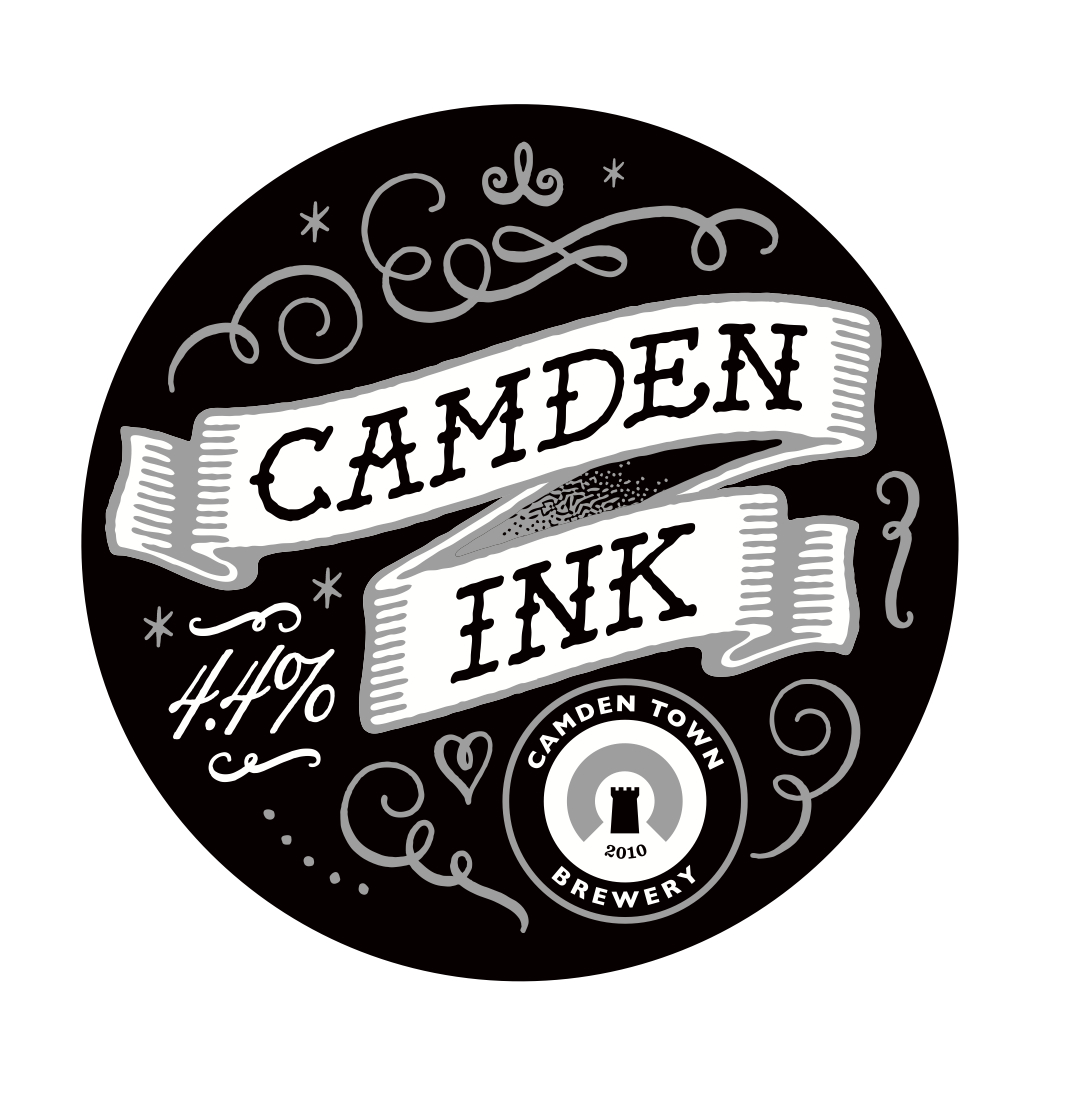 Camden Ink, from Camden Town Brewery, is drawing a line from the 18th century and throwing it forward to now by taking one of the world’s great beer styles, one that originated in London, and launching it at a new audience on Wednesday 7th December.

London is famous for three beer styles: India pale ale, porter and stout. From the 18th century stout was made in the city. The black stuff was then made famous in Ireland while it declined in popularity in London. That was a long time ago and nothing good has come since. This changes everything. Camden Ink (4.4% ABV) is a London dry stout.

“We made it because there were no beers like it that we wanted to drink – no brilliant black beers on the bars,” says Jasper Cuppaidge, the director of Camden Town Brewery. Camden Ink is black. It has a full, creamy mocha foam that clings to the glass through the pint. Think dark chocolate, really good coffee, dark red fruits. For a beer so dark it drinks so light. And there’s hops. Dry, bitter, surprisingly and intriguingly fruity. Camden Ink is writing a new story for stouts in London and like the mark of the tattooist’s gun, it’s here to stay.

The first pint of Camden Ink will be poured at 7pm on Wednesday 7th December at the Black Heart in Camden Town. Don’t miss the latest great beer to be brewed in Camden Town. For more information contact Mark Dredge on 020 7485 1671 or mark@camdentownbrewery.com. If you’d like to visit the brewery for a private tour or tasting then please arrange with Mark.

Camden Town Brewery has been making beers in five railway arches in Camden Town since the summer of 2010. The permanent range of beer includes Camden Hells Lager, Camden Pale and Camden Wheat. Camden Ink is a new permanent addition and will only be sold in keg format.

The story of stout London has a long history of brewing stout – it’s where the style originated. It began with porter, a dark beer that was cheap and popular with street market workers. It was cheap and dark because it was a mix of fresh beer, brown ale and stale beer. Stout was the name of a stronger version of porter.

A lot of this beer made its way to Ireland and that’s where the story gets interesting as Arthur Guinness decided to brew his own version, adding roasted barley into the brew and creating a darker, dryer beer than seen in London. That’s where the beer we now see as stout was born. Restrictions in roasting malt during the wars saw the demise of stout in London but in Ireland it grew into one of the world’s most distinctive brews. One brand now dominates bar tops around Britain. Now there’s something new coming to London. And stout has never tasted so good. —