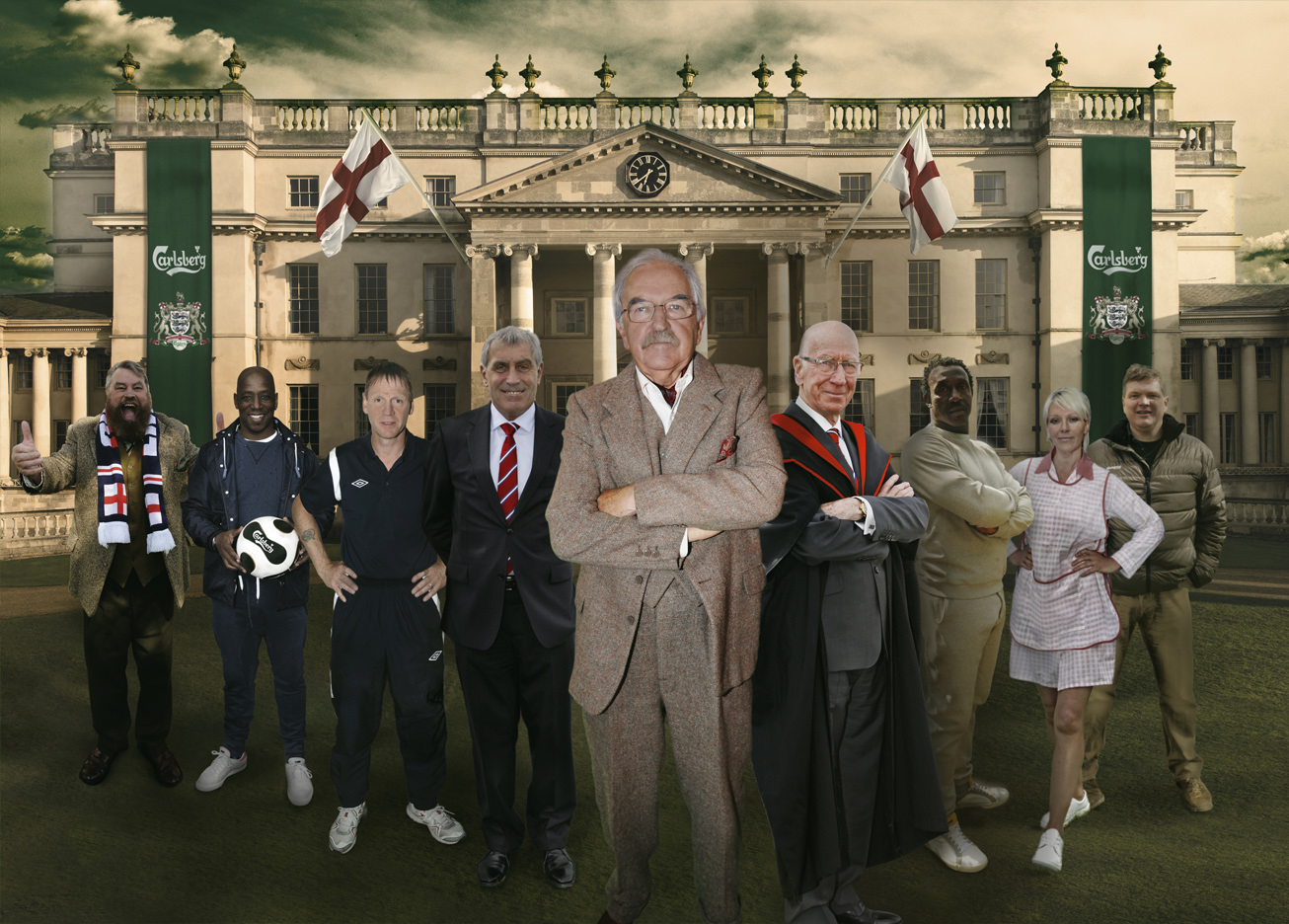 Carlsberg, Official Beer of the England team and sponsor of UEFA EURO 2012™, is launching its much anticipated television commercial ahead of this summer’s tournament on the final weekend of the FA Premier League season.

Carlsberg has drafted in a team of famous England fans from the world of football and beyond to show their support for the Three Lions and help supporters to be the best fans they can be this summer at the England Fan Academy.

During this summer’s tournament, fans will be asked to step up and show their support for England, which is exactly what the England legends were asking  300 fans during the filming to do, including two brass bands and members of the official England supporters club with over 40 hours of filming.

Des Lynam, Dean of the England Fan Academy said: “Carlsberg’s commercials ahead of any major football championship have always been clever and full of fun, which attracted me to the role.  I am the Dean of the academy, showing fans how to be better fans. I am excited to see the final version and look forward to getting behind the England team this summer with all the other England fans.”

Darren Morris, Brand Controller Carlsberg said “As England fans ourselves, we know how important supporters are to the England team during a major tournament and we wanted to acknowledge the unique characteristics that make England fans amongst the best in the world – such as commitment, loyalty and passion.

“Like all great Carlsberg ads, we hope to bring a smile to the faces of fans across the country and believe our campaign will excite the fans and encourage them to cheer on the England team to success this summer.”

The television commercial is part of a multi million pound investment for Carlsberg UK, which also includes extensive social media activity through to thousands of point of sale kits to drive sales and footfall in pubs.

Morris adds: “At a time when other brewers are tightening their belts, we are continuing to invest significantly in the beer category at arguably the most important trade opportunity of the year. 2012 is like the perfect storm of patriotic events and pubs must capitalise on this.  With Carlsberg boasting over ten years of support for the tournament and the England team, pubs should get behind our boys in the Ukraine and Poland and stock the official beer of the tournament.”

Carlsberg is The Official Beer of The England Football Team and sponsor of UEFA EURO 2012™. To view the television commercial in full please go to http://youtu.be/dRV5iv66rBE  on the official Carlsberg UK YouTube channel and show your support at www.carlsbergfanacademy.co.uk.

Carlsberg is one the longest standing sponsors of the European Football Championships having first started in 1988, and is Official Partner to UEFA EURO 2012™.

Carlsberg as an England sponsor, are in a unique position to be able to offer these once in a lifetime opportunities. Carlsberg, by offering fans these incredible opportunities, will be at front of mind ahead of this summer’s tournament – so look out for more chances to be involved and get behind England at www.facebook.com/CarlsbergforEngland