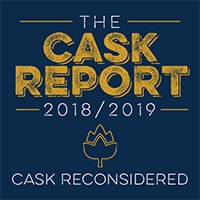 People love the idea of real ale, believing the traditional hand pumps to be a vital part of a good pub. New research highlights strong affection for this crafted beer, special to its British homeland. The Cask Report 2018/19 lays out the reasons for declining sales (6.8% in the past year alone1); explains why it matters; and points to ways of reversing the decline.

“The Report is aimed at the pub and beer industries,” says editor Matt Eley, “but the findings impact on the wider public. 17 pubs a week are closing2, ripping the hearts out of communities – but thriving sales of cask ale can help keep pubs open.3”

There are now 2,500 breweries in Britain. Between them, they produce over 10,000 different cask beers a year. Astonishing then that two thirds (66%) of 18 to 24 year olds have never tried a single one of them. Says Eley,

“There’s a job to be done to engage these younger drinkers, as well as older ones, in this fantastic drink – and to reduce the risk to pubs in the process. You can’t buy real ale from a shop. The only places you can get it are pubs and bars. That’s why it’s so important.”

Research carried out for the Report shows the image of cask just hasn’t kept up with the times. “As a delicious, fresh product with no added gas, it should be in growing, not shrinking demand. It ticks all the boxes for people who care about the environment, ingredients, naturalness and taste. Sales should be rocketing!”

Report findings on temperature may hold some of the answer. Real ale should be served at a cool, not chilled, 110 to 130C. That’s cooler than red wine, but not as cold as lager or keg ales. But the research showed just over two thirds of pubs (69%) to be selling pints at above 130C in the summer. “So in the hot weather, when drinkers want to quench their thirst, less than a third of pubs (31%) were helping them to do that.”

The Report also found that just under two thirds (64%) of cask drinkers would prefer their beer served even colder than the recommended 11%. Paul Nunny of beer quality scheme Cask Marque says that this finding is worth exploring, but that the first step is for pubs to get their beer to recommended specification.

“If people could trust every pub serving cask to serve it at 110 to 130C, even on the hottest day of the year, it would revolutionise perceptions. People would get the full refreshment value – and realise that far from being “warm”, real ale is cool – and delicious.

He says that Cask Marque will be launching a ‘Making Cask Cool’ campaign to get licensees and bar-staff to become beer-temperature aware. “It might take only one warm pint to put someone off cask ale for life. So pubs need to support each other by having all their staff working to the highest standards all the time, presenting cool cask and brilliant beer each and every time.”

In the bid to galvanise the industry into action, 10,000 extra mystery drinker visits will be added to the 22,000 visits already carried out by Cask Marque assessors each year. Cask Marque will be challenging any licensee who isn’t controlling the temperature of beer in the glass.

The Cask Report shows that 85% of licensees say stocking cask is extra work, but they take pride in getting it right. “That passion needs to translate into the positive action – in terms of beer temperature, staff training and customer service,” says Paul Nunny.

“Bar staff should taste the beers for themselves. Licensees should then be encouraging them to offer samples of different real ales for customers to try. They should target those younger customers whose default socialising might otherwise be at home; who are unlikely to have tried cask beer; who may not have a very positive view of it, but who may find themselves unexpected converts.”

He is determined to succeed. “We will win these challenges. We have to. The future of the sector depends on it.”

3 How does cask ale help keep pubs open? It’s different from other drinks It contains live yeast, has no added gas (hence the ‘tingle on the tongue’ of natural carbonation as opposed to the ‘fizz’ of added gas) and finishes maturing in the cask in the pub cellar. You can’t get it at the shops. You have to go to the pub. That’s why it’s crucial to the future of local pubs, and local communities, up and down the country.

For more information or images from the Report contact