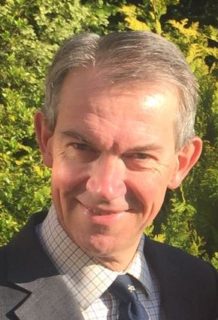 With the recent announcement of Beer Marque, an accreditation that covers all beers and focuses on customer’s beer experience the company has now invested in two additional National Account Managers

Paul Chambers joined with effect from 1 April and will look after the midlands and the north-west members and seek new opportunities to expand our influence.

Paul and Edward Theakston will work closely together.

Jonathan Olds joined on 1 June 2019 and will gradually absorb Roger Clayson’s account base as he plans a slow retirement!  Jonathan was employed by Imperial Tobacco as Head of Field Sales and has previously worked in Fullers and Greene King in a sales capacity.

This follows on from the appointment of two additional customer services personnel who look after the now 10,000 accredited pubs in Cask Marque.

Paul Nunny Director of Cask Marque welcomed the two new members to the team “The focus going forward will be on supporting existing Cask Marque licensees, developing Beer Marque and building on the success of Scores on the Cellar Doors which star rates cellars. To date Cask Marque has inspected over 7,000 cellars.”