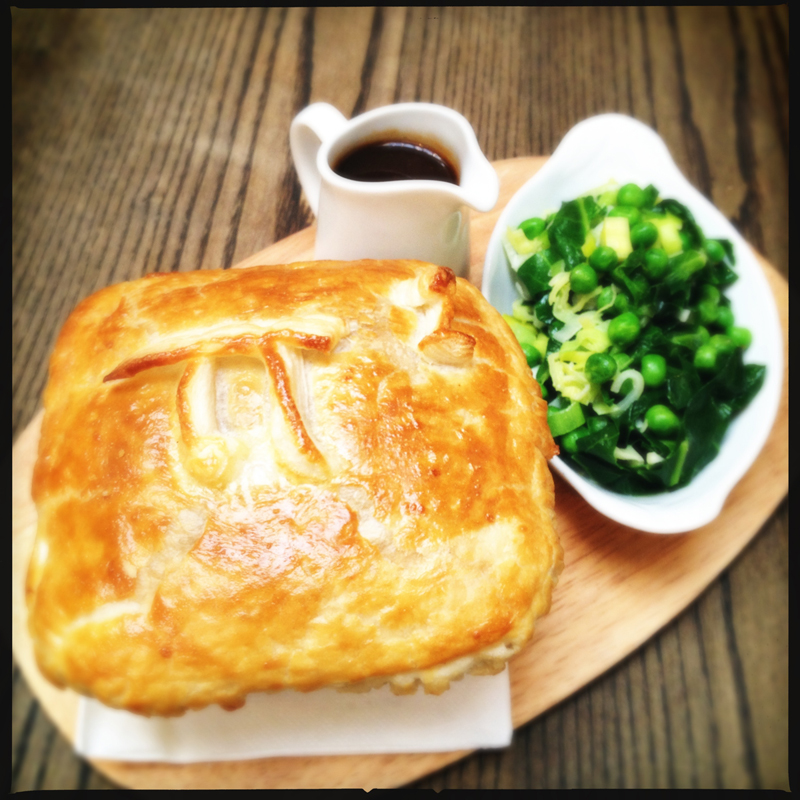 created a unique ‘pi-squared’ menu (π²). There’s no maths involved, just wholesome delicious square pies for the fantastic price of π² or, ￡9.85, to you and me.

As a week simply isn’t long enough, the pies will be served between 5th–18th March, in the elegant and friendly surroundings of The Avalon, The Stonhouse and The Abbeville in Clapham, The Bolingbroke in Battersea, The Tommyfield in Kennington and TheRosendale in West Dulwich.

Executive chef Massimo Tebaldi has created a spectacular π² selection using the best of British ingredients. Classic choices include steak and ale (dry-aged Herefordshire beef and Timothy Taylor’s Landlord bitter) and a Fisherman’s Pie filled with haddock, shrimps and cockles, topped with a creamy mashed potato. Innovative fillings include the rich and indulgent venison with redcurrant and juniperberries; a delicious combination of rabbit, chorizo and butterbean in addition to the vegetarian feta, squash and sage. Each square is served with a choice of buttered new potatoes, seasonal vegetables, thick-cut chips and your very own jug of gravy.

If you’re more of a sweetie pie, grab a pal and dig into an inspired pie dessert. A sweet puff pastry oozing with warm milk chocolate and fresh pear is enough to share, served with a glass of sweet Monbazillac dessert wine and two spoons.

Just because the pies are square, doesn’t mean the fillings are too. So go, get your pie hole around π² this British Pie Week at Renaissance Pubs.