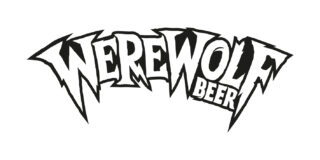 One US expat is crowdfunding to open Werewolf Beer “An American Brewery in London” amid the obstacles and uncertainty thrown at him by COVID-19. Rich White will make his mark on the capital’s vibrant craft beer scene by bringing classic US craft beer styles and spooky fun to his new brewery taproom in Camden Town.

We are on a final push to get everything ready to open this Summer. We are calling on help from the community to get Werewolf Beer brewing. Pledges start at just £3 for postcards/stickers or £20 for a logo t-shirt. Rewards from Lost Boys Pizza, Haunted Tattoo Artist Allan Graves, special Movie Screenings and even a Werewolf Walking Tour are being added weekly to keep supporters involved, even ones that aren’t beer lovers.

After 5 years producing award-winning beers as Head Brewer for London Brewing Co, Rich left to start working on his own brewery in 2019. A viewing of 80’s horror-comedy “An American Werewolf in London” sparked the concept of Werewolf Beer “An American Brewery in London”.

The premises under a railway arch, is just a minute’s walk away from Camden Underground and Overground stations, as well as Regents Canal path. It will also benefit and add to the footfall from the proposed Highline garden/walk planned between Camden Market and Kings Cross on the disused rail line above. Unique taproom decor will include elements rescued from a haunted train ride recently demolished at Rainbow Park in Hunstanton. The final touch will be signage featuring a sharp new brand logo designed by Manticore AW.

Owner and brewer Rich White has this to say of his motivation for starting Werewolf Beer:
“The last eight years have let me experience so much of what London has to offer, and grow with the craft beer scene here. I am from the USA and it will always be part of me. Now it’s time to make the kind of beers I first fell in love with, and share my favorite parts of America with my new home!”