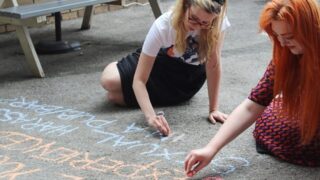 Over the past year, women working in different parts of the drinks industry have been sharing their stories and experiences to try to change the way women are treated. Most recently people working in craft brewing have been sharing their stories on social media, making a number of allegations against sexism and working conditions in the craft brewing industry. In this episode, Jaega Wise speaks to some of those about how we have got here – and what needs to change.

She meets Charlotte Cook, an experienced brewer who says the most important thing now is to believe the stories, as some are being silenced by UK libel laws. Professor Chris Land from Anglia Ruskin University explains how certain workplaces can create unhealthy cultures, while bartender Nichola Bottomley says she was inspired to speak out after years of harassment working in pubs and bars.

In the US, Victoria James, who was named the country’s youngest sommelier at 21, tells Jaega how she has been treated in the Wine sector. She also talks about her book Wine Girl, and how it went on to inspire other women working in wine to come together to speak out, eventually leading to a number of resignations. Becky Paskin, journalist and co-founder of Our Whisky, talks about the repercussions she faced after calling out sexism in the whisky industry. While Brad Cummings, co-founder of craft beer company, Tiny Rebel tells Jaega what is changing at his business, after it was called out by former employees online.

Produced in Bristol by Natalie Donovan