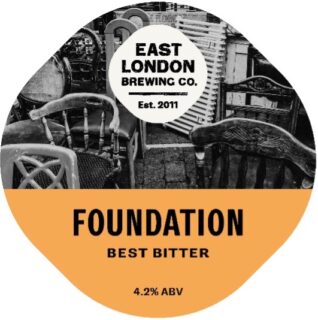 This year marks a significant milestone for East London Brewing Company – its tenth year brewing beers for the local community and beyond, and after 18 months of restricted activity, the company is delighted to be celebrating its birthday with a range of activities.

The brewery was set up by husband-and-wife team, Stu Lascelles and Claire Ashbridge-Thomlinson back in 2011.  Since then, the brewery, in London’s E10, has undergone significant expansion and in 2020 launched a new range in can and keg. Its bottle, can, kegged and cask beers are now distributed throughout London and beyond, but the brewery remains firmly rooted in East London ‘’we see our beers as a celebration of a truly timeless British tradition’’ said Ashbridge-Thomlinson, ‘’even after ten years, we’re still passionate about beer and brewing as one of the many wonderfully diverse, creative and innovative traditions of East London’’.

On August 24th, East London Brewing Company will be brewing a 10th anniversary batch of its Foundation Best Bitter – the first beer the company took to market. Ten of the beer’s most loyal pub customers will be receiving a cask of this special batch free of charge and will in turn be celebrating this most British of beer styles with their own customers.

Later in the year, East London Brewing Company will be launching its annual, limited-edition, Imperial Stout, but this year it’s a special, 10% version to mark its 10 years of brewing, with some interesting twists to be revealed in due course!

The company has strong ties to the local community – its logo was hand-printed using antique blocks from the archives of Hackney Wick’s London Centre for Book Arts and local photographers provide the black and white photography seen on East London Brewing products.  Over the past eight years, it has worked with the Walthamstow Hop Project to brew an annual beer using green hops from plants grown in the pots, allotments and gardens of local residents. This year a record 200 people are taking part – watch out for Walthamstow Green-Hopped Beer 2021, which will be launched in late September.

After such a tough time over the pandemic, the company is keen to point out that it would not exist without the support of its community, which carried on ordering beer online throughout. As part of a ‘thank you’ the brewery is currently offering a discount for online sales for a month from 24th August. Just enter ‘’10YEARS’’ when making an online purchase and you’ll receive a 20% discount on your purchase!

Cheers to the next ten years!