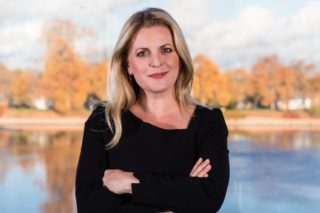 The British Beer and Pub Association (BBPA) has today announced the appointment of Emma McClarkin as its new Chief Executive. Emma will start in the role in early November and succeeds Brigid Simmonds, who steps down to become Chairman of the new Betting and Gaming Council.

Emma has an impressive CV and is currently working as a Global Consultant following a 10-year term as a Member of the European Parliament. Previously, Emma held posts including Chairman of the Commonwealth Forum, Director of Global Policy for the Sports Integrity Global Alliance and is a Special Advisory Board Member at the Commonwealth Enterprise and Investment Council.

A political communications expert, Emma has a wealth of experience influencing regulatory frameworks, setting strategy and communicating messages on a UK, EU and International level. In addition, she is a known Trade specialist and negotiator. Skilled in scrutinising legislation and influencing policy change, Emma has regularly worked with the BBPA, Brewers of Europe and Spirits Europe. A true beer lover, Emma was also Vice President of the European Parliament Beer Club during her tenure as an MEP.

British Beer & Pub Association Chairman, Simon Emeny, said: “Emma has a genuine passion for beer and pubs, combined with the technical skills needed to champion this fantastic industry. She has drive and enthusiasm and I’m excited about the energy she brings to the role.

“Brigid leaves an incredible legacy and a decade of excellent results. I’m really looking forward to seeing how Emma builds on this great work and utilises her past experience and connections to further the success of British pubs and beer.”

Emma McClarkin added: “The great British pub is an institution – it provides a home for the amazing beers we brew in the UK as well as a hub for local produce and local people. The industry is a showcase for innovation and how business can contribute to society and I’m looking forward to telling that story in my new role.

“I’m excited to be leading the BBPA as it continues to make sure that this great community asset is protected, that British beer continues to be revered on the national and international stage, and that our industry is recognised for the amazing contribution it makes to the economy and the social fabric of Britain.”

The British Beer & Pub Association (BBPA) is the leading body representing Britain’s brewers and pub companies. The Association is more than a century old and was originally founded as the Brewers’ Society in 1904. Our members account for some 90 per cent of beer brewed in Britain today, and own around 20,000 of the nation’s pubs.