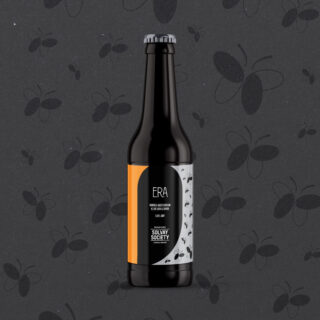 The beer marks the end of an era, the culmination of the solera Solvay Society were running with their now retired saison and their oak barrels.

The barrels have been rehomed, as have they, and this beer marks the end of our era on the farm and a new one in Leytonstone.

The 5.6% Barrel-Aged Saison has added Nelson Sauvin and Chinook creating notes of grapefruit, wine and wood.

Released this Friday on their webshop: solvaysociety.com/shop RRP £4.80 | Should you like any samples please get in touch here.

Belgian born, London brewed. Solvay Society was founded in 2014 brewing modern Belgian beer on the London-Essex border. Their founder takes inspiration from his Belgian heritage but has been a Londoner for over a decade. Roman uses his scientific background and PhD in Physics to make modern Belgian beer, focusing on the invention and the art of taste.