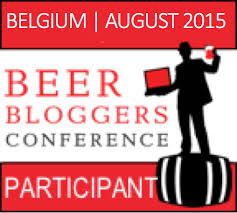 “We are excited to partner with Visit Flanders to bring an international group of beer bloggers to Brussels in 2015” relays Zephyr Adventures owner and EBBC founder, Allan Wright.  “Beer is an integral part of the cultural foundation and social connectivity of Belgium and we look forward to the conference being held in such a dynamic, beer-oriented country.”

A leader in group travel in the U.S. and abroad for 18 years, including an active and educational multi-day beer tour in Belgium, Zephyr Adventures created the North American and European Beer Bloggers Conferences to:

Held at the centrally located Hotel Marivaux in Brussels, the European Beer Bloggers Conference has two full days of program content including the anticipated Live Beer Blogging, this year hosted by Belgian Family Brewers.  Fashioned after speed dating programs in which two parties have just a few minutes to get to know each other, Wright explains that Live Beer Blogging “amplifies the social media significance of all breweries involved in a short period of time.”  The event requires participants to utilize social media hashtags, handles, and mentions as much as possible during the 60-minutes session in which brewers and their beers are paired with groups of 5-8 tasters for five minutes at a time.

Visit Flanders and the Belgian Family Brewers are also hosting three, pre and post-conference excursions at the 2015 European Beer Bloggers Conference and including one overnight option after the conference.  Representing the opportunity to meet the principals and taste the beers of regions outside of the host city, the one-day excursions visit the Lambic region and Antwerp, respectively, and the two-day adventure takes beer travelers to West Flanders and the region around Poperinge.