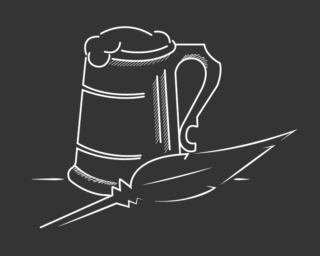 Isn’t it time beer writers across Europe came together to discuss their trade?

Guild member Henri Reuchlin and Guild chairman Pete Brown are organising a get together of European beer writers on Wednesday September 25th in Brussels.

Join us to explore the desirability of a European chapter of the British Guild of Beer Writers. The programme starts with a visit to Boon Brewery in Lembeek, famous for its geuze and related beers. After that we’ll meet at the offices of Becomev in Brussels to discuss the European Beer Writers platform to improve the culture of beer and standards of writing. This time we’ll gladly follow the lead of the Britons, as the British Guild of Beer Writers has done just that over the past years.

The day ends with the yearly reception of the European Beer Consumers Union, EBCU.

If you want to join us on September 25th, please drop us a line at secretary@beerguild.co.uk  And while in Brussels, do not miss the Beer and Health symposium, organised by the Brewers of Europe on the previous day.

Beer and Health symposium, organised by the Brewers of Europe. See https://beerandhealth.eu for program and registration

16:10 hrs Meeting at office of Becomev Aim to create a platform of European Beer Writers to improve culture of beer and standards of writing.

From about 18:30 EBCU (European Beer Consumers Union) will hold its yearly reception at the Brewers of Europe House (about 30 min on foot from meeting location)

We look forward to see you in Brussels,