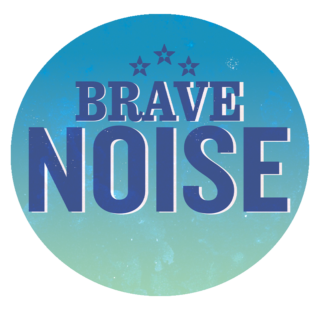 Fund-raising beer, part of a global initiative, will go to around 150,000 Beer52 subscribers, raising awareness and cash for hospitality industry charity


Aberdeen’s Fierce Beer has joined forces with the UK’s largest craft beer discovery club, Beer52, and US brewery Notch, to launch its ‘Brave Noise’ pale ale. The special, limited brew will be sent to all Beer52 members in December, with a portion of the profits going directly to hospitality industry charity The Drinks Trust. The project is part of a global initiative to fight sexism in the craft beer industry, after many women took to social media earlier this year with their personal stories of misogyny.

The Brave Noise project was instigated by Brienne Allan, production manager at Massachusetts-based Notch Brewing, who in Spring 2021 used her Instagram account (@ratmagnet) to highlight the accusations of sexism that had been shared with her. The outcry that followed has brought about a reckoning in the industry, with breweries all over the US – and now the UK – signing up to the Brave Noise Code of Conduct, and brewing their own version of the same pale ale recipe.

Dave Grant, co-founder of Fierce Beer, said: “Craft beer is for everyone, and it’s past time that we stood together to say that sexism and misogyny won’t be tolerated as they once were. The Brave Noise Code of Conduct sets out values we should all live by, whether brewery, bar, festival or drinker. What better way to spread that message than with a great, collaborative beer?”

James Brown, founder of Beer52, added: “We fully support the brave stance of Brienne Allan in bringing these horrific stories to light, as well as those who have followed her lead in other countries, including Fanny Wandel in Denmark and Siobhan Buchanan here in the UK. We’re proud to be part of this initiative and to bring its positive message of inclusion to 150,000 of our members across the UK, while also raising money for a great cause.”

Fierce Beer’s Brave Noise brew will feature in December’s Beer52 box, which will be themed around ‘Brewing the Future’. More information or signup at www.beer52.com.

More information about the global Brave Noise project can be found at https://www.bravenoisebeer.com.

Find out more about the great work being carried out by The Drinks Trust at https://www.drinkstrust.org.uk