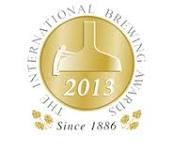 With fewer than four months to go until entries open for The International Brewing Awards 2013, two brewers from opposite ends of the world have been given an advance free entry to the competition after winning recent prize draws held by organisers Brewing Technology Services.

The Warwickshire Beer Company, based in Leamington Spa, won its entry at the Society of Independent Brewers (SIBA) conference last month, while The Swan Brewery of Perth, Australia – part of the Lion beverage and food company – struck lucky at the Asia Pacific Convention in Melbourne.  Both win entry for one beer into the competition, which is judged in Burton-upon-Trent next February.

Jerry Lewitt, director of The Warwickshire Beer Company said, “We’re delighted to have won an entry into this, our first international beer competition.  Our beers have been well-received in domestic contests, with Duck Soup bitter winning a Gold Award from SIBA, so we’re excited to be taking this next step and putting our beers up against those from brewers around the world.”

Entries to The International Brewing Awards officially open on 1st August this year. The entries from Warwickshire Beer and from Swan are the first of the 800-plus expected, based on the last competition, held in 2011.

Ruth Evans, chief executive of Brewing Technology Services, said, “We’re delighted to welcome these first two entrants to the International Brewing Awards, both of them new to the competition. Judging by the interest already expressed by many brewers around the world, we’re confident that many more will follow as soon as entries open.

“We’re anticipating an uplift in the number of entries compared to last year, but it’s more important to maintain the competition’s diversity, both in the styles of beer entered and in the countries represented, which is broader than most international beer awards.  Last time, we received entries from brewers in more than 40 countries, representing a wonderful array of beer styles.”

She added, “One of the strengths of our competition is its open structure, which allows judges to assess beers not on tightly-defined guidelines but on the use of ingredients, integration of tastes, aromas and perceptions of quality.  Brewers who innovate or interpret styles in their own way are therefore not disadvantaged and indeed we welcome entries from interesting and unusual beers.”

The entry fee for the International Brewing Awards has been kept the same as for the 2011 competition at £150 (+VAT at UK rate) per beer. Also retained from 2011 is the duty suspension, meaning that no brewer will have to pay duty on beers they submit to the competition.  Brewers can register their interest in the competition and receive an entry form after 1st August, via the Awards website: www.brewingawards.org