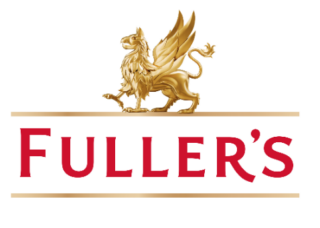 The George & Dragon, a new Bel & The Dragon site in Westerham Kent, and The Queen’s Arms at Heathrow both open for business today [27 July 2022]

Fuller, Smith & Turner, the premium pubs and hotels business, will be opening two new sites today [27 July 2022]. The George & Dragon at Westerham is the company’s latest Bel & The Dragon, while The Queen’s Arms at Heathrow Terminal Two, The Queen’s Terminal, is Fuller’s first landside pub.

The George & Dragon is a 16th century coaching inn, located in the historic market town of Westerham in Kent and was formerly a Fuller’s tenancy. Following a £2.4 million investment, it now reopens as the eighth site in the Company’s Bel & The Dragon portfolio. The site includes 13 beautifully appointed bedrooms, several bespoke dining spaces, a private dining or meeting room, and a wonderful terrace with views across the North Downs. The George & Dragon has a team of 50 led by Tom Baines, formerly deputy manager at Bel & The Dragon in Odiham.

The Queen’s Arms dominates one end of the departure hall at Heathrow Terminal Two, The Queen’s Terminal. Perfect for plane-spotters, the site looks out across the airport and will offer an international menu from 5am to 11pm, complemented by an impressive range of cask, keg and craft beers. The site creates 40 new jobs and will run as a sister-site to Fuller’s airside pub at the same terminal, London’s Pride. General manager of London’s Pride, Ryan Moore, will oversee both sites.

“The George & Dragon in Westerham is an outstanding example of how a great pub can breathe life into a high street. The reaction from the local population has been fantastic and it underlines the strength and potential of the Bel & The Dragon brand.

“The Queen’s Arms at Heathrow demonstrates our commitment to transport hubs and gives us our first landside airport site. The obvious synergies with London’s Pride provide powerful economics for this site and it further strengthens our relationship with the UK’s biggest airport.

“Across these two sites, we have created 90 new jobs – reinforcing the fact that hospitality is an engine for growth. It is exciting to see these new sites coming to fruition and I wish Tom, Ryan and our amazing teams in both The George & Dragon and The Queen’s Arms every success in the future.”

Fuller’s in a nutshell:

Fuller, Smith & Turner PLC is the premium pubs and hotels business that is famous for beautiful and inviting pubs with delicious fresh food, a vibrant and interesting range of drinks, and engaging service from passionate people. Fuller’s has 207 managed businesses, with 1,030 boutique bedrooms, and 178 Tenanted Inns. The estate is predominately located in the South of England (44% of sites are within the M25) and stretches from our London heartland to the Jurassic Coast via the New Forest. Our Managed Pubs and Hotels include 16 iconic Ale & Pie pubs, seven stunning hotels in the Cotswolds, and Bel & The Dragon – seven exquisite country inns located in the Home Counties (with an eighth due to open imminently). In summary, Fuller’s is the home of great pubs, outstanding hospitality and passionate people, where everyone is welcome and leaves that little bit happier than they arrived.