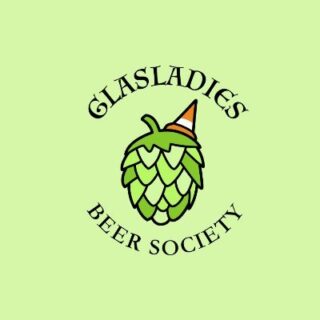 The first collaboration will be released on 21 November, with a new beer released every month till May 2022. First off the rank are craft beer heroes Boden Brewing, with a Kveik IPA with ginger and lemon infusions.

The series is called “Women Are” and each of the beer names is a Scots or Gaelic word that highlights qualities that the group associates with women.

Originally from Toronto, Nix Prabhu founded the Glasladies Beer Society in 2019, with an aim to provide a safe and inclusive space for women and non-binary people to meet likeminded folk, enjoy good beer, and learn more about the industry.

“Having worked in the beer industry in Toronto, Glasgow, and Newcastle, I saw first-hand that beer was still perceived as a predominantly male drink, and this acts as a barrier for women and non-binary people to explore the space and learn about beer. I wanted to do my part to change this rhetoric. That’s why we have created this series of beers, all themed around positive attributes we want associated with women” said Prabhu.

Phil Sission from Simple Things Fermentations said, “Making connections with people is one of the best things about running a brewery. The conversations we have influence our decisions and ultimately help us to make better beer. Getting together with the Glasladies Beer Society for a brew is a great opportunity for us to explore new perspectives and ideas that would never occur to us on our own, whilst helping to raise the profile of this brilliant group.”

Each month of the series will feature a female or non-binary person(s) who has made a significant contribution to the city of Glasgow. Nominated by group members, the list includes artists, a musician, social activists, entrepreneurs and more. More information on each of the featured persons can be found on the Glasladies Beer Society website at: https://www.glasladiesbeer.com/collab

Sarah Christie joined the group as a way to meet people following her move from London to Glasgow. “I’d been a member of a similar group in London and had always enjoyed the meetups,” said Christie. “The group is incredibly friendly and supportive and the virtual meetings during lockdown were the highlight of each month. I’m looking forward to taking part in the collaboration and returning to regular in person meetups.”

Prabhu continued, “We’re so lucky to have such incredible breweries here in Glasgow, and we’re excited to work with them on this project. The whole series will culminate in an event hosted by the awesome folk at Glasgow Beer Works, where we’ll showcase all seven participating breweries, and their delicious collab brews. Stay tuned for more information on that in the Spring.”

The Glasladies Beer Society meets once a month and new members are always welcome.

The next meet-up is on 21 November from 2pm onwards at The Bell Jar, 21 Dixon Avenue, Glasgow. In addition to the formal launch of their first collab, the group will be celebrating their second birthday with a tasting session of Boden beers. Cake and lucky-dip prizes are also on the agenda.

To book a spot, email glasladiesbeersociety@gmail.com.

Please note this event is for women and non-binary people only.

To Engage with women and non binary persons as consumers and subject matter experts.

To Educate these groups about the wide variety of beer styles available for every kind of palate and about women and non binary persons in the industry, both historic and contemporary.

To Empower women and non binary persons to play a more active role in the industry as consumers and agents for change.

All further enquiries can be directed to Nix Prabhu via glasladiesbeersociety@gmail.com