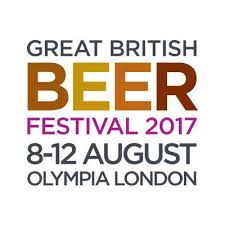 The Great British Beer Festival is partnering up with the MS Society this year to raise much needed funding for research and to spread awareness of multiple sclerosis (MS).

The MS Society will host an awareness table where they will run games, including beer pong and pitch ‘n’ putt. They hope to raise awareness of MS symptoms, which can affect how you walk, move, see, think and feel, and can make everyday life a real challenge.

MS Society volunteers will also be scattered around the venue to speak with attendees and manage collection tins on the bar to raise much needed funding for MS research. The MS Society previously partnered with the Great British Beer Festival in 2013, where it raised more than £12K throughout the week.

Mark Haymes, Area Fundraising Manager at the MS Society, says: “We’re hugely grateful to be joining the Great British Beer Festival as their chosen charity partner. More than 100,000 people live with MS in the UK and opportunities like these help us provide vital support and drive innovative research into more – and better – treatments for everyone. We received an incredible amount of support from festival-goers in 2013 and we’re looking forward to another year at the festival!”

“The Great British Beer Festival is one of the biggest, most exciting and well-known events in the beer world, and a great opportunity to raise money and secure support for such a worthy charity.”

The Great British Beer Festival is taking place from the 8th-12th August at Olympia London. For tickets, please visit: https://www.gbbf.org.uk/tickets/

A paradise for beer lovers, CAMRA’s Great British Beer Festival is an event not to be missed with beers to suit all tastes and preferences. Make sure to work up a thirst before you arrive – this year the festival will be expanding its drinks offering of over 900 real ales and other craft beer, ciders and international beers to include for the first time fine English wine from some of the best wine producers in the country. Upon arrival you will have the chance to sample some fantastic London street food and listen to live bands in between the guzzling. If you are looking for some light entertainment, tutored beer tasting will allow you to not only sample a selection of beers but also learn how to best taste, appreciate and rate beers.

CAMRA, the Campaign for Real Ale, is a not-for-profit consumer group with more than 188,000 members that has been operating since 1971. Our vision is to have quality real ale and thriving pubs in every community.