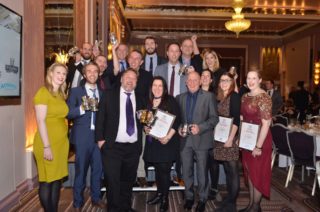 The search is on for the best writing about beer and pubs, as the Guild of Beer Writers opens its annual awards, offering a total prize fund of £11,000 to the winning journalists, broadcasters, bloggers and other communicators later this year.

Entries are invited between now and 8 September to any of the competition’s nine categories and will be judged on how well they further the Guild’s mission “to extend public knowledge and appreciation of beer and pubs”.

Judges this year include Keith Miller, food and drink commissioning editor at The Daily Telegraph; Fiona Beckett,  food and drink writer whose work is published in The Guardian among others; Bruce Smith, brewer at Maltsmiths Brewing and David Cunningham, programme director at There’s A Beer for That, the campaign to reignite Britain’s love of beer. Last year’s Beer Writer of the Year, Pete Brown, chairs the panel.

Guild of Beer Writers chairman Tim Hampson said, “We are excited about embarking once again on our annual awards, which not only reward those who excel in their field, but also help to raise the public profile of beer and pubs. With more print, broadcast and online media devoting space and airtime to beer, the Guild’s role in promoting informed and engaging communication about our national drink has never been more important.

“As the beer market develops, so too do our awards and we are delighted to be introducing a new  ‘citizen communicator’ award, which recognises the wealth of interesting writing that is done for the love of beer and pubs rather than commercial gain, and gives these writers a separate platform.”

Entries and nominations – from fellow writers, publishers or friends – are invited for nine categories. Each carries a prize of £1,000 for the winner and £500 for the runner-up, with the exception of the Corporate Communications category, where entries are submitted by companies rather than individuals and the winner receives a trophy, and the new Citizen Communicator Award, which carries one £500 prize only in its first year.

The Guild publishes a shortlist for all nine categories in November, while the winner and runner up for each will be unveiled at the Guild of Beer Writers annual awards dinner on 28 November.  One overall Beer Writer of the Year will receive the Michael Jackson Gold Tankard Award and the Guild also bestows the Brewer of the Year title on one brewer at the same event.

Full details of all nine categories in the Awards, and advice on how to submit entries, can be found HERE.  Entries must be received by the closing date of Friday 8 September, and must have been published between 1 September 2016 and 31 August 2017.

Established in 1872, Adnams combines innovation with tradition. Behind the walls of its Victorian-looking building, it has some of the most advanced and energy-efficient brewing equipment in Europe and constantly experiments with new, innovative techniques.  Adnams brews a range of beers which reflect its heritage but also challenge conventions. They use locally-grown East Anglian grains of malted barley, rye, wheat and oats wherever popular and deploy a number of different hop varieties from Britain as well as across the world – all of which contribute to their beers’ individual characters.

Badger Ales have been brewed in the heart of the Dorset countryside since 1777 by independent brewers Hall & Woodhouse. As one of the leading independent brewers in the UK, Hall & Woodhouse is well known for its range of award-winning ales brewed under the Badger brand and its network of public houses throughout the South of England. The brewery is still owned and managed by the seventh generation of the Woodhouse family.