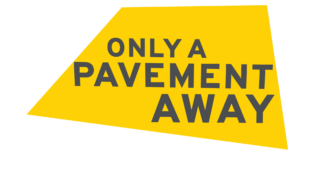 The Guild of Beer Writers is supporting industry charity Only A Pavement Away at its Annual Dinner and Awards, held on 2 December at One Great George Street in Westminster.

This is the first time that the Guild has partnered with a charity at its flagship event, which is attended by around 200 guests including writers, bloggers and broadcasters from its membership as well as sponsors and other industry friends.

Only A Pavement Away will have a presence throughout the event, including a stand in the bar used for pre- and post-dinner beers provided by the Awards sponsors. The charity will be engaging with guests, raising awareness of its work, and taking donations from those who wish to support financially.

Greg Mangham, Founder of Only A Pavement Away, said: “We are so grateful to the British Guild of Beer Writers for selecting Only A Pavement Away as the charity for their Annual Dinner and Awards. This is another major building block in getting us recognised within the industry as the charity for the employment of people facing homelessness, prison leavers and veterans looking to reintegrate back into society.

Since launching the programme in October 2018, the charity has placed 155 Members into work in hospitality 75 of which have been placed into work since the reopening of Hospitality in May 2021​ with an average LOS of 38 weeks​.  Over the next 12 months the charity aims to reach 250 more people into work thereby adding c.£8million to the economy, through self-sufficiency and removal of government support.

With the hospitality sector facing continued pressure when it comes to recruitment, Only A Pavement Away is offering a solution through its free to use bespoke Hospitality Jobs Board which currently connects over 90 hospitality operators that are seeking hard working and committed employees, directly with 80 charities who represent candidates that are seeking employment in hospitality.

Mangham continues “The overall purpose of the jobs board is to help streamline and alleviate the burden of the processes that employers go through in employing people who are struggling to reconnect with society.” “Prison leavers have a fantastic work ethic, veterans are used to teamwork and camaraderie and those who have faced homelessness have the drive not to return to that dark space called destitution.”

Emma Inch, Chair of the Guild of Beer Writers, added: “Our annual dinner is a ‘must attend’ for many in the beer and pubs industry, and we’re delighted to offer it to Only A Pavement Away as a platform to raise awareness of the fantastic work that they do.”

EDITOR NOTES for Only A Pavement Away

Only A Pavement Away was established by hospitality industry consultant, Greg Mangham & Gill, on World Homeless Day, 10th October 2018, to help people facing homelessness, as well as ex-offenders and veterans, find employment in the hospitality industry.

Following on from the onset of the COVID-19 pandemic and the closure of many hospitality businesses, Only A Pavement Away launched an immediate series of fundraising initiatives to support the growing number of homeless individuals in London, beginning with an emergency Pay Gap Fund to bridge the funding gap for its members who were made redundant or placed on furlough. As part of its Hospitality Against Homelessness campaign, the charity partnered with hospitality suppliers and operators such as Yummy Pub Co, Thomas Franks Ltd and the Paul Pavli Consultancy, to distribute an estimated £1.8 million worth of meals, kitchen equipment and accommodation to homeless individuals and ex-hospitality workers across the capital. Through a partnership with celebrity chef Tom Aikens, the Tom Aikens Five Minute Feast virtual Charity Cookery Challenge raised over £5,000 and saw more than 200 participants take part during the lockdown period in support of the Hospitality Against Homelessness campaign.

A special Five Minute Feast cookbook has also now been created and published to help raise further funds for the charity, featuring 50 recipes from the cookery challenge, along with a unique QR code which will take readers to the original video of the dish being made by both celebrated professional chefs and the general public.  To date over 900 copies have been sold and raised a further £13,000 to help support the charity.

During this time the charity also introduced the first charity jobs board of its kind, geared specifically towards the hospitality sector. For use by Only A Pavement Away employer and charity partners, its Candidate Profile Page enables employer partners to review candidate profiles and shortlist them for interviews before hiring through the charity.

Only A Pavement Away is registered with the Charities Commission Registration no. 1178082.