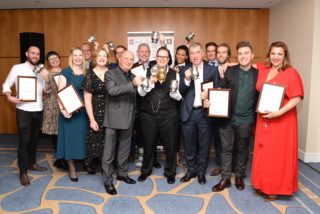 Judges read, viewed and listened to some 150 entries which included books, newspaper and magazine articles, both printed and online, as well as blogs, radio broadcasts, films and podcasts. This year’s competition includes two new categories: Best Writing on Sustainability in Beer & Pubs, sponsored by Carlsberg and Best Beer Broadcaster, and a new sponsor in Asahi, for the Best Beer & Travel Category.

Inch said: “Whittling the large field of high-quality entries down to a shortlist was a challenge and everyone on it should be proud of having reached this stage.

“We were especially pleased to see a good number of entries to the new Carlsberg-sponsored Award on writing about sustainability, and to the Beer Broadcaster category. The best entrants in all categories demonstrated a sure grasp of their subject, coupled with a talent for storytelling, whether they did this through books, press articles, blog posts or videos.

“The quality, breadth of topics covered and diversity of media used by our finalists shows that writing about beer and pubs is in good health. We look forward to toasting all our shortlisted writers, and announcing the winners, at our awards dinner next month.”

The Awards dinner will be held on Tuesday, 3 December at One Great George Street in Westminster. Guests enjoy dinner with beers matched to each course and beers before and after the meal, provided by the Awards sponsors. Guild members, both individual and corporate, and non-Guild members, are welcome to attend, more information and tickets are available on the Guild website:

Long Live the Local Award for Best Writer about Pubs

SIBA Brewer of the Year

Guild members nominated the following brewers and the winner, decided by member vote, will be announced at the event:

This campaign, backed by Britain’s Beer Alliance, celebrates the vital role local pubs play in our community, culture and economy whilst highlighting the jeopardy they face from a range of taxes including beer duty, business rates and VAT. Last year more than 116,000 people signed the petition and almost 50,000 people wrote to their MP asking for a cut in beer duty. The Chancellor heard the voices of pub goers, publicans and politicians and froze beer duty protecting jobs and future investment – but there is more to do.

This year, so far, more than 218,000 people have signed the petition and over 107,000 people have written to their MP. In addition, 25,000 pubs are supporting the campaign. With a Budget now likely in January 2020, there is still time to sign a petition and email your MP to ask for a cut in beer duty at www.longlivethelocal.pub.

The British Guild of Beer Writers was formed in 1988 to help spread the word about beers, brewing and pubs. With more than 300 individual members and 60+ corporate members, its mission is “to improve the standards of beer writing and improve the public knowledge of beer and pubs.” Its members include the cream of the country’s beer communicators – be they journalists, authors, producers, photographers, broadcasters, illustrators or PR consultants. Corporate members of the Guild include brewers, brand owners, distributors, pub companies, and many suppliers associated with the brewing trade. www.beerguild.co.uk