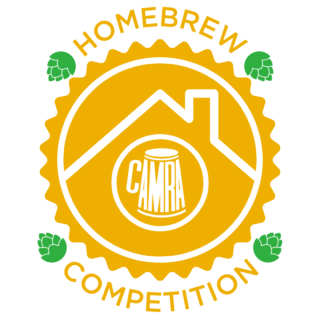 The Campaign for Real Ale’s flagship beer festival will host a new competition this year to find the very best home-brewed beer in the UK, with fantastic prizes for top homebrewers.

In recognition that some of the best beers of the future are found among today’s homebrewers, the homebrew competition will be judged and announced at the prestigious Great British Beer Festival Trade Day on the 2nd of August.

The overall winner will have a unique opportunity to commercially brew and sell their winning brew. The Head Brewer at Brewhouse & Kitchen in Worthing will work closely with the winner to adapt the recipe for a 500L brewkit and invite them to the site to make the winning beer, which will be sold and distributed across local CAMRA festivals.

Gail Bunn, Marketing Manager at Brewhouse & Kitchen said: “We’re extremely proud to be involved in this exciting competition as developing Home Brewers into ‘award-winning’ commercial brewers is at the heart of what we do.”

The runner-up of the competition will receive a grand prize of a year of free beer through Beer52, and third place will score four VIP tickets to GBBF in 2023.

Ruaraidh Macpherson, Head of Partnerships at Beer52, said: “We are thrilled to be supporting the inaugural Homebrew Competition at this year’s Great British Beer Festival. With many talented homebrewers in our community, we are well aware of the dedication and innovation required to make a successful homebrew.

“We hope that our lucrative Year of Free Beer Prize will encourage as many homebrewers as possible to enter and showcase their skills and beers to the expert judging panel. Perhaps they’ll even feature in a future Beer52 case!”

The competition is open across 12 different beer styles, from milds and IPAs to barley wines and porters. There is also a special category to give homebrewers the chance to try their hand at “Thank Brew” – a limited edition 3.5% ABV pale ale that was brewed in celebration of the Platinum Jubilee celebrations to raise money for charitable causes.

The “Thank Brew” winner will also receive a special category prize with the chance to travel down to Southwold for a Brew Day at Adnams.

Fergus Fitzgerald, Head Brewer at Adnams said: “It was a huge privilege to work with The Good Beer Co to develop the Thank Brew recipe to mark the Platinum Jubilee last month. Thank Brew was always intended to be an easy style to replicate and adapt, and we were delighted to have so many breweries involved to raise much-needed funds for our partner charities. I can’t wait to see what version of ‘Thank Brew’ the nation’s homebrewers come up with and look forward to raising a glass to celebrate at this year’s Great British Beer Festival!”

Homebrewers have until the 15th of July to brew and enter their chosen beer, after which point a preliminary stage of judging will take place before the finals at the festival.

Catherine Tonry, GBBF Festival organiser said: “We’re incredibly excited to be launching CAMRA’s first ever homebrew competition at this year’s festival. We all know that some of the very best beers in this country begin from humble origins, and it’s very likely that the best beers of tomorrow may be found among today’s homebrewers.”

Great British Beer Festival trade day is usually well-known for the prestigious Champion Beer of Britain competition, which recognises the very best beer found on the British Isles. Due to the impact of COVID-19 on regional heats throughout 2021, the finals will return to the festival in 2023.

Tonry adds: “While it is a shame that we won’t be able to run the Champion Beer of Britain competition in 2022 due to circumstances out of our control, I am pleased that we’ve been able to create an opportunity out of the situation. We now have the flexibility to launch a brand-new competition recognising the brewers of tomorrow, and I hope the success of it will allow us to return to full strength in 2023 with both competitions showcasing the very best of British beer, from homebrew to those established in the market.”

Entry into the competition is just £10 and more information is available here: https://gbbf.org.uk/homebrew-competition/

To find out more and purchase tickets to the Great British Beer Festival, visit: https://gbbf.org.uk/

The homebrew competition will feature 300 entries across 12 different beer styles. Judging will take place in 3 stages, one pre-GBBF with the Category and Best in show rounds taking place at GBBF Trade Day on the 2 August. We would be looking to make this a permanent fixture at GBBF and a highlight in the Home Brewing Competition calendar. £10 per entry

The competition launched on the 10th of May 2022 with entries closing when we hit the entry limit or 15 July 2022 (whichever comes first).

Milds: up to and including 4% ABV

Session Bitters: up to and including 4.3% ABV

Session Pale, Blond and Golden Ales: up to and including 4.3% ABV

Session Stouts and Porters: up to and including 4.9% ABV.

Strong Stouts and Porters including Imperial Stouts and Baltic Porters: 5.0% ABV and above

Barley Wines and Strong Ales: 6.5% and above