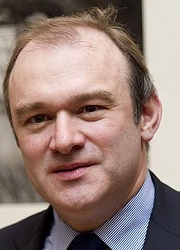 A range of substantive reforms will ensure a more sustainable future for Britain’s pubs as the Government today secured an industry commitment to end unfair practices, through a tough and legally binding Code.

The Department for Business, Innovation and Skills (BIS) has today published its response to the Select Committee’s Report on Pub Companies and set out further details of a strengthened Industry Code to improve the relationship between pub companies and their licensees.

In particular the reforms will introduce a much needed requirement for increased transparency, improved dispute resolution and legal certainty for licensees.

The key elements of this self-regulatory package are:

Making the Code legally binding will mean it is enforceable through the civil courts but avoids the need to introduce slow, burdensome legislation that imposes further red tape on pub companies.

The strengthened Code will, amongst other things, abolish the enforcement of upward-only rent reviews and force pub companies to be transparent with their lessees on issues such as charges for dilapidation repairs and income from gaming machines.

Above all, the Code will ensure that lessees have the information and professional advice they need to be able to negotiate fair rents with their landlords.

Furthermore, introducing PICAS and the three-yearly re-accreditation process will have a similar effect to establishing a Public Adjudicator – as recommended by the Select Committee – but can be done much more quickly.

Taken as a whole, this package of measures promises to deliver a bright future for the great British pub, helping to secure its place at the heart of the local economy as well as the community.

Consumer Minister Edward Davey said: “This is good news for everyone to raise their glass to. It gives the industry more certainty, which is vital to the success of Britain’s family brewers; and it gives pub-goers the knowledge that they are drinking a fairer pint down their local.

“The advantage of this self-regulatory approach is that it will deliver these reforms much more quickly than could be done through legislation. I would like to thank the Committee for its focused scrutiny on this issue, which has been essential in driving through necessary improvements. I am confident that the industry will lose no time in fulfilling the commitments it has made.”

Paul Wells of the Independent Family Brewers of Britain said: “This is good news for smaller brewers because it lifts the recent cloud hanging over the brewery tie and the traditional tenancy agreements which we all operate. During this long enquiry successive Select Committees received no complaints about brewery tenancies and we believe that the current Code of Practice developed by the BBPA, BII and FLVA provides for the resolution of brewery and licensee issues in traditional tenancy agreements.

“In my view many family brewers will now increase investment into their pubs because of the support the Government has announced for the traditional brewery tenancy agreement and the beer tie.”

The British Beer and Pub Association (BBPA) is expected to complete the legal processes as soon as possible, with a view to implementing their commitment by the end of 2011. It is expected that PICAS will be set up by the end of February 2012.

1. You can read the full response at www.bis.gsi.gov.uk/publications.

2. The existing Industry Framework Code can be found at the following link. This will be revised following the industry’s commitment. http://www.beerandpub.com/documents/publications/industry/Pub%20Industry%20Framework%20Code%20Jan%202010%20PDF.pdf

4. BIS’s online newsroom contains the latest press notices, speeches, as well as video and images for download. It also features an up to date list of BIS press office contacts. See http://www.bis.gov.uk/newsroom for more information.