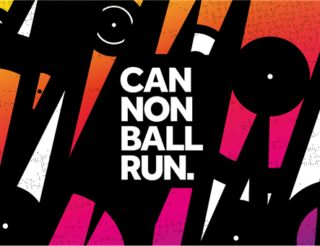 Hoppy things come to those who wait…

Launching a little later this year to take advantage of a new, fresh delivery of Hops from their friends, Yakima Chief, the team are back, and this time they’re going to be bigger and better than ever. Showcasing the best of American hops, Citra, Columbus, and Amarillo alongside a 2019 crop of Cryo Hops® Centennial and Simcoe; processed in a way that improves hop flavour and yield which in turn maximise the taste of the final product; these beers are crammed full of fresh, clean, moreish flavours and aromas; hop bombs in the truest sense!

Time to meet the beers:

Human Cannonball, first brewed way back in 2011 is a 9.2% DIPA, and big brother to Magic Rock’s core beer, Cannonball. Using more malt, hops and magical conjuring, the hoppy flavour is cranked up to 11! Ready your taste buds for massive pine and candied orange aroma, bittersweet grapefruit and mango flavour, and a deeply composed, satisfying malty base. Ever wondered what it feels like being shot out of a cannon? Here’s what it tastes like!

Un-Human Cannonball a hefty 11% West Coast Triple IPA that joined the Magic line up in Spring 2013. Absolutely chocka full of intense hop aromas and bursting with flavour, using three times the quantity of hops of explosive IPA ‘Cannonball’ and even more than DIPA ‘Human Cannonball’, this beer is a fitting homage to the humble hop. ‘Un-Human Cannonball ‘takes IPA to another dimension-balancing massive citric aroma and deep tropical fruit flavours to deliver a drinking experience that is out of this world. The hops have done their work, don’t let them down by ageing this beer: drink responsibly as soon as Un-Humanly possible!

First brewed last year, Neo-Human Cannonball our 9.2 %  New England DIPA, hazy and delicious, the recipe calls for a high percentage of oats and wheat in the grist to impart a creamy and smooth mouthfeel. Whirlpooled in such a way to minimise bitterness, and double dry-hopped to maximise hoppyness, this incarnation, fermented with London Fog yeast, carries a delicious, clean mango and passionfruit aroma, followed by a juice party on your tongue.

Not forgetting the OG, Cannonball, an IPA in the truest form, 7.4% and tropically fruity, with oodles of resinous, pine laden hops that are all tied up with a sweet malty backbone.

Every hop head should add this date to their diaries; it’s an event not to be missed! RELEASING EXCLUSIVELY at Magic Rock Tap & their Online Store on Friday 29th November at noon, ,  Get it first by visiting the Tap to sample all three beers on draught (also available for takeout in 500ml cans) alongside a delicious batch of the original Cannonball. Small pack for takeout will be limited to 6 cans of each beer per person. Make a day of it, and grab some lunch while you’re there; Street food will be available all day from Smokin’ Blues, matching your beers with their smoked to perfection BBQ menu and exclusive Cannonball Run merchandise will be available to purchase.

As this is an annual release, once it’s gone, it’s gone until next year – time to get your hop heads on!

All beers purchased through Magic Rock’s website will be limited to 6 cans of each per order.