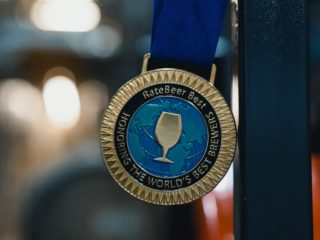 The Yorkshire brewery has been rated as one of the top 100 brewers in the World. Founded in 2011, Magic Rock Brewing, produce a distinctive core range in addition to an ever-changing line up of distinctive beers with an innovative quality-driven approach. Their ‘Same but Different’ beers are packed with intense yet approachable flavours which challenge and inspire, but above all remain balanced and drinkable.

“It’s the icing on the cake for a year that has been so pivotal in the growth for Magic Rock. The team have worked hard to create exciting and tasty beers consistently, and we’re thankful to the RateBeer community for recognising our passion and enthusiasm. “

RateBeer tabulated over 4.2 million reviews submitted by its global community, examining more than 640,000 beers by over 33,000 brewers.

“RateBeer Top Brewer awards go out to fewer than 1/3 of 1% of qualifying breweries and 2019 was our most competitive year to date. It’s a hard-earned honor, and we couldn’t be to be prouder to recognise these breweries for their accomplishments,” said Joe Tucker, founder of RateBeer.

For more RateBeer Best competition information, including the 2019 lists of winners, visit www.RateBeer.com/RateBeerBest.