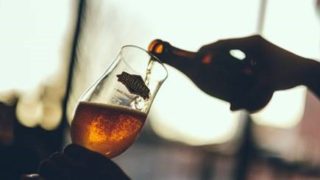 The Sixth Glass (just 40 cases in the UK)

The Calling Imperial I.P.A (the beer equivalent of finding a unicorn)

For one-night-only, Midwestern craft masters Boulevard Brewing Co. and East London gutter-punks All Star Lanes have teamed-up to share some of Kansas City’s rarest and most cherished brews.

In celebration of London Beer City, Boulevard Brewing Co. ambassador, Natalya Watson, will be hosting an intimate tasting of their five favourite and most flavoursome Midwestern craft beers. Natalya Watson will guide guests through the style and flavour profiles of each beer, as well as sharing food pairing recommendations.

The tasting will feature a wide range of styles and flavours, from the citrusy hop aroma of the Single-Wide I.P.A to the rich and sweet caramel malt flavour of the rare Sixth Glass. Perhaps the jewel in the Boulevard crown is The Calling Imperial I.P.A, which is not sold at all in the UK, making the tasting a must for any beer enthusiast.

Boulevard Brewing Co. is just one of the incredible craft breweries hand-selected to feature as part of the All Star Lanes craft beer menu. Breweries such as Beavertown, Steven’s Point, and Kona all feature in the All Star Lanes Bottomless Brunch (Saturdays and Sundays).

All Star Lanes is the perfect destination for a night out with family, friends or colleagues, or for private events, big celebrations, hen & stag’s or a date with a difference. Plus, with large speakeasy style cocktail bars, luxurious leather booths and restaurants serving up homemade American comfort food, they’ve got the perfect recipe for a legendary party – day or night.

For groups of 40+ people check out our luxe private rooms: “The Lodge” in Bayswater for ‘movie set’ America, “The Club House” in Holborn for deluxe bowling, “The Penthouse” in Shoreditch, the sleek and sophisticated millionaire’s playground, and the “Jungle Room” in Manchester, a playful homage to the King of Rock & Roll himself.