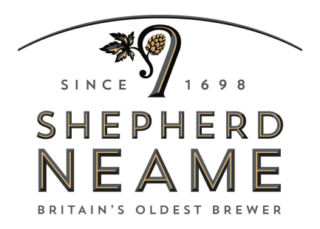 Hosted by Umbrella Training, a leading training provider for the hospitality sector, awards were presented to chefs, staff, supervisors and managers from across the UK to honour their achievements during the past year.

The awards were judged by an independent panel of high-profile industry figures, and the event was hosted at the Savoy Hotel in London by Absolute Radio presenter Dave Berry on September 3.

Jodie Butcher, Assistant Manager at Shepherd Neame pub The Spitfire in West Malling, won the award for Continuous Learning in Hospitality in recognition of her exceptional achievements while completing a Level 4 Hospitality Supervisor apprenticeship, which she passed with Distinction.

Jodie, 24, joined Shepherd Neame aged 18, working as bar staff at the Manor Farm Barn in Southfleet and The Boathouse in Yalding, where she was promoted to Supervisor. She took a break to have her daughter Callie before returning to work at The Spitfire, where she is now Assistant Manager.

She said: “I was really excited to be chosen for the apprenticeship programme. One day I hope to manage my own pub, so it was a great opportunity for me to gain the knowledge and skills to achieve that goal. It was a really enjoyable course, though it was hard work, particularly during lockdown when we had to move to online learning and I also had to juggle my studies with looking after my four-year-old daughter. That is why it means so much to have my efforts recognised with this award. I would like to thank the team at Shepherd Neame for all their support.”

Jodie, Brandon and Hannah are among 25 team members who have completed Shepherd Neame’s apprenticeship programme for aspiring managers and chefs since it was launched in 2019.

The Faversham-based brewer and pub operator teamed up with Umbrella Training to create a structured development programme for ambitious team members to progress within the business. Their studies last at least 13 months, consisting of 70% practical on the job training, 20% mentoring and coaching, and 10% workshop training and online support, and result in industry-recognised qualifications.

Shepherd Neame Field Trainer Lisa Williams said: “It is very much our culture to support and invest in the development of our teams and individuals, which is why we launched our bespoke apprenticeship programme. We are extraordinarily proud to see the hard work and dedication of these team members – who successfully completed their qualifications despite the many challenges posed by Covid – recognised with these awards.”

Umbrella Training founder and CEO Adele Oxberry said: “This year has been challenging for people on so many levels. There are many apprentices, up and down the country, who have faced an incredibly unsettling and difficult period. We are unbelievably proud of each and every one of them for not only showing the drive, determination, and courage, to continue learning throughout this period, but, the fact that they have by been an inspiration to the rest of the sector for showcasing some incredible innovation and collaboration in their establishments. We wish them every success in the future career.”

For more information about taking on an apprenticeship with Shepherd Neame, or other career opportunities, visit https://www.shepherdneame.co.uk/careers