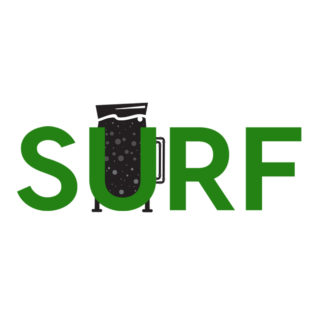 A new beer fermentation technology has been released by SURF Brew Tech for the craft brewing industry which reduces capital cost and also minimises water, energy and chemical usage.

Sanitary Unitank Recyclable Fermenter (SURF) is a custom designed flexible liner which holds the fermenting beer in place, after completion of conditioning the beer is transferred and the liner is sent for recycling. The SURF liner sits in a specially designed steel shell which is fitted with a cooling jacket and removable cone for ease of operation. Using the SURF liner eliminates the requirement for fermenter cleaning and sanitation which reduces the overall carbon footprint for the brewing process and saves on labour. The first model to be released is a 1000L unit but SURF liners with volumes ranging from 250L to 7500L will be brought to the market in the coming months.

SURF Brew Tech (SBT) is a spin off from a small Swedish microbrewery, Malardalen Brewing Company (MBC), which pioneered the use of plastic liners for containing fermenting beer at microbrewery scale. SURF (Sanitary Unitank Recyclable Fermenter) offers several advantages compared to traditional pressure rated stainless steel systems. This technology has been adapted from the liners used in biotechnology industry where so called “biobags” are used for culturing cells used to manufacture biological medicine. The reason for utilising a liner was driven by the desire of MBC to minimize their carbon footprint by reducing water, energy and chemical usage.

In simple terms the SURF is a liner which is used for holding the fermenting beer, the liner is held in place by a so-called shell which is equipped with a cooling jacket. The beer does not contact the shell and the liner is sent for disposal/recycling after completion of the fermentation. Two multi-port adaptors are fitted to nozzles on the top and bottom of the SURF liner to facilitate temp measurement, venting, filling, sampling, emptying, separation of yeast and beer, etc. A patent application is currently pending on the technology.

While a new liner has to be used for each batch the system is more environmentally friendly than a reusable vessel due to the significant water, energy and chemical savings. Obviously, there is an extra cost associated with the liner required for each batch but this is relatively cheap and is compensated for by the labour and utility savings. More often than not implementing a green technology incurs a higher capital cost but this is not the case for the SURF system as the capital outlay is significantly lower for the fermentation system. There is the also the very current and serious issue of plastic waste handling, disposal and recycling or should I say the lack thereof. The amount of plastic used in the liner is absolutely minimised, 0.65kg for a 1000L working volume liner. Additionally, SURF Brew Tech includes a financial incentive for clients to properly dispose of the used SURFs. Upon demonstrating proper disposal/recycling the next order will be reduced in price.

SURF is considered “disruptive technology” as it lowers the capital threshold for would-be brewers to enter the craft brewing market while also being a greener alternative in terms of water, energy and chemical usage. Further detailed information can be found on our website www.surfbrewtech.com