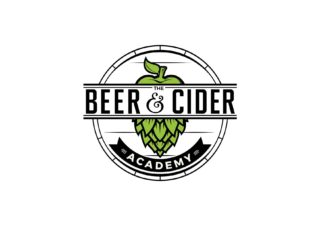 New autumn/winter dates for the award-winning cider courses from The Ciderologist, Gabe Cook, have been announced after selling out earlier this year. Over the last four and a half years, the courses, run through the Beer and Cider Academy (BACA), have helped to create 28 Pommeliers – the pinnacle of cider advocacy – with many hundreds well on their journey to this ultimate accolade. As Europe’s first cider sommelier training programme, these sessions are a must for anyone wishing to become a knowledgeable expert and passionate advocate for cider.

Participants in the courses range from retailers and exporters (e.g.TESCO, SovBev), to larger cider makers (e.g. Thatchers, MCBC), to small independent cider makers (e.g. Sxollie, Saxby’s, Napton Cidery) to passionate enthusiasts. There are now certified Pommeliers across the UK, and into the USA, Norway and Italy. Training courses will be offered in London, Bristol, Manchester and Herefordshire, so no matter where people are in the country, there will be a regional opportunity for them.

The announcement of the new course dates coincides with the re-launch of The Ciderologist website, now with clear navigation to all of the services and platforms available, including The Ciderologist Patreon platform, the Neutral Cider Hotel podcast, cider tours and new merchandise. The man behind The Ciderologist, Gabe Cook, as seen on C4’s Sunday Brunch and BBC’s
Countryfile, said,” The continued demand for the BACA cider courses demonstrates just what an exciting time for cider it is. The drinks trade, drinks media and, most importantly, drinkers themselves are starting to understand what a versatile, quality and diverse drink cider can be.”

“I have been working full time as The Ciderologist for five years this summer, a milestone which is an indication of cider’s wonderful renaissance. I truly believe that cider has all of the elegance and finesse of a wine and all of the character and personality of a beer. I am terribly excited to be launching my new website which provides the opportunity for people with a personal or professional interest in cider to experience its full opportunity. ”

This announcement caps quite a 2022 for Mr Cook having also been named CAMRA’s Campaigner of the Year and landing at #24 on Drinks Retailing Top 100 People in Drinks. To learn more about the BACA cider courses and all of the other activities and services from The Ciderologist, please head to: http://www.theciderologist.com

About The Ciderologist
• Award-winning global cider expert changing the way the world thinks and drinks cider
• Author of Ciderology (Octopus) and Modern British Cider (CAMRA)
• Trusted cider expert on C4’s Sunday Brunch and regular voice on TV including BBC’s Countryfile and
ITV’s This Morning and BBC Radio
• Imbibe Personality of the Year Awards 2018 – Educator of the Year (for BACA cider courses)
• #24 on the list for Drinks Retailing Top 100 Most Influential People in Drinks
• CAMRA Campaigner of the Year 2022
• Chair of Judges for The International Cider Awards
• Co-host of Neutral Cider Hotel podcast
• For more information, please visit www.theciderologist.com
About The BACA Cider Courses
• First cider training course of its kind in Europe, having first been taught in 2017, it remains the only
offering of its kind outside of the USA
• The Beer & Cider Academy (BACA) is brought to you by the Institute of Brewing and Distilling (IBD).
• Originally known as the Beer Academy, BACA was founded in 2003 by a small group of beer
enthusiasts and quickly attracted support from brewers (large and small), beer retailers, trade
associations and consumer groups who enabled the Academy to put together a series of courses and
training materials delivered by a small number of experienced and knowledgeable tutors with a real
passion for beer.

Press released from The Ciderologist.